The ANC interrupted proceedings at the Council Chambers in Pretoria on Tuesday morning to bring up allegations of corruption against the DA mayor. 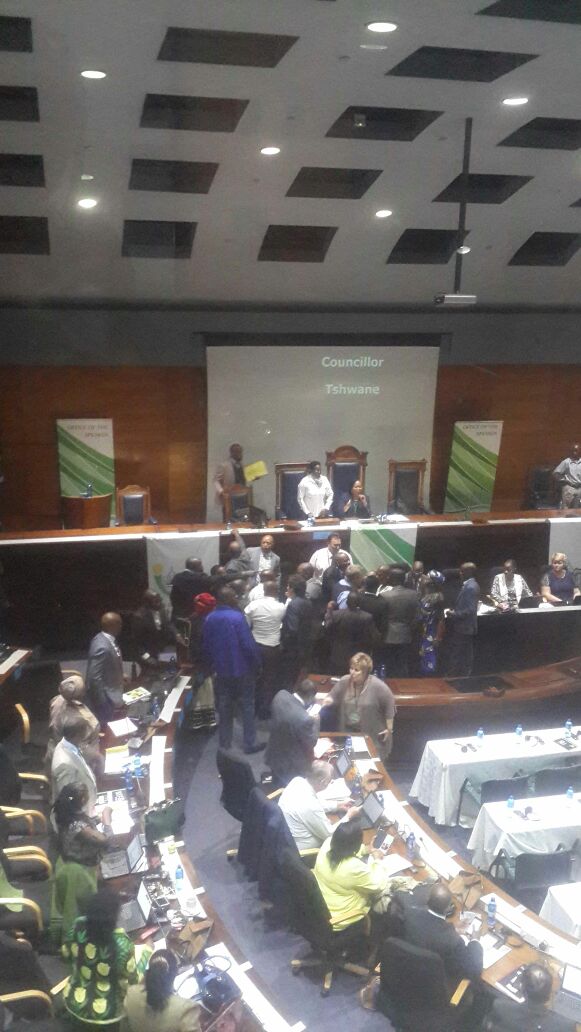 The second Tshwane council meeting kicked off with corruption allegations towards Mayor Solly Msimanga and the new governing council, with the ANC stating several executive heads were appointed illegally.

“He can’t be a chair of chairs when he doesn’t serve as a chairperson for any committee. That includes [Marietha] Aucamp and [Tiyiselani] Babane – this is corruption,” he told the mayor.

Msimanga said the positions were filled as a temporary measure while they were being advertised in the interim.

“I needed to have someone appointed because the strategic executive head in the mayor’s office was about to give birth. You can appoint someone for three months as you are looking and advertising the position, and that is what we did,” he said.

ANC members then stood up to sing against Msimanga’s clarification. Speaker of council Katlego Matheba numerously requested Matsena and the ANC caucus to be removed from the chambers, but the councillors refused to budge.

“Rather call the police to get us removed,” an ANC councillor shouted.