The former government spokesperson says the media is ‘oppositionist’ and ‘unpatriotic’. 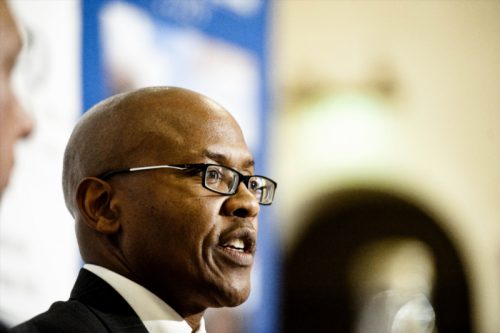 President of the Progressive Professionals Forum (PPF) Jimmy Manyi is “sick and tired” of negative media reporting about President Jacob Zuma and his deployments at state institutions.

In a recent radio interview, the outspoken ANC member and former government spokesperson lambasted the press for having an “oppositionist” and “unpatriotic” stance engineered to spur global credit-ratings agencies to downgrade the country’s economy to sub-investment grade.

“We are very disappointed with the media stance, which is largely oppositionist, totally unpatriotic and also aimed at proving a point that President Zuma is not competent and all the people he is appointing are not competent,” he said on SA FM’s Forum @ 8 on Wednesday.

Manyi, who earlier this month had requested the office of the public protector to probe possible corruption and maladministration claims against several high profile South Africans, has taken exception to the media’s coverage of the alleged covert surveillance unit at the South African Revenue Service (Sars) and its head, Tom Moyane.

He accused the media of being too preoccupied with negative headlines surrounding the tax authority, saying Moyane has done a commendable job at the institution since taking over the reins two years ago.

“The very first African to ensure that Sars collects no less than a trillion rand in this past financial year, instead of celebrating such a man, the media is going out of its way to vilify this man. He has also been putting very good operating model that has saved Sars some 12 billion. So here is a man who is competent, qualified. The media, all that they are doing is trying to just push the man down,” he charged.

Last week Friday, Sars similarly came to Moyane’s defence against the “negative media”. The tax collection agency released a statement, saying staff morale was at its highest point under commissioner Moyane, having collected an extra R12 billion in taxes due to changes to its operating model.

Asked if he knew what was really happening at Sars, he protested that the local media did not want to accept that there was a “rogue” unit at the institution that broke intelligence-gathering laws enacted by parliament.

He said: “We have a rogue unit, not a so-called rogue unit that was there in Sars, you can’t say something has been disbanded, and it is still called ‘so-called’, as if it was not there when it was actually there.”

He added: “… The headline should be ‘Sars celebrates Moyane for disbanding this rogue unit’, but it’s not about that.”