The group has voiced concerns over the university’s deployment of private bouncers and security personnel. 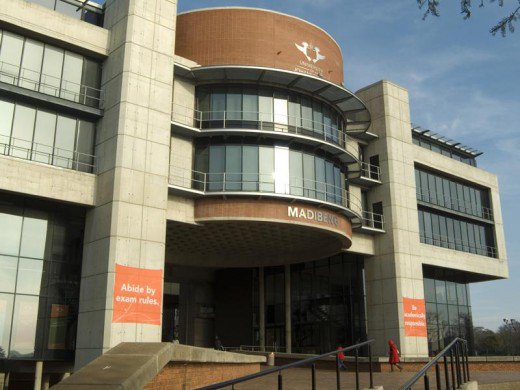 A group of UJ lecturers and students called an urgent press conference at a community hall in Fordsburg yesterday to voice some of difficulties they say they have faced at the hands of private bouncers and security personnel.

This as students at the university joined national call for free education this week, calling for campuses to shut down until the university engaged with them on their grievances. Several students and journalists suffered injuries after security personnel at the institution’s Doornfontein campus despatched pepper spray and allegedly assaulted them in a bid to disperse protesters and media.

While the university’s Vice Chancellor Irhon Rensburg issued a statement apologising for the excessive force used by security personnel, the university’s spokesperson Kaarminy Reddy said she could not confirm whether the university would continue to use the same bouncers and security guards.

Academic activity would continue in all campuses according to a statement by the university.

While the academics press conference was underway, a fire broke out at the university’s Bunting road campus. Reddy told journalists that the fire that broke out in the auditorium was an example of why security was needed at the university to prevent further damage to property.

She said, however that it was not yet clear if the fire was deliberately started or if it was an electrical fault. Some electrical equipment including a projector were among the burned items.

Meanwhile UJ students were planning to join the masses of Wits and university students who planned to protest outside the National Treasury offices in Pretoria on Thursday. Buses were being deployed to transport students from the early morning.