Media reports state that Motsoeneng told staffers at a meeting that he was now in charge of the radio division. 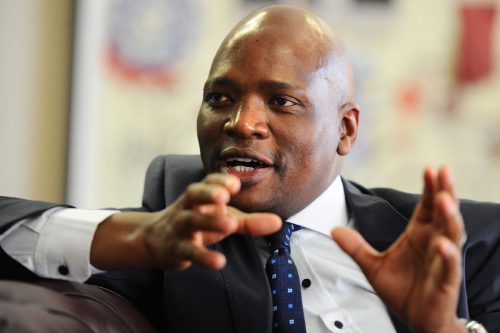 The SABC denies claims that group executive for corporate affairs and former chief operating officer Hlaudi Motsoeneng will take up the role of radio executive as recently reported by media.

SABC spokesperson Kaizer Kganyago said there was no new role for the controversial Motsoeneng, as his position’s task included being in charge of all radio stations.

According to media reports, Motsoeneng told staffers at a meeting on Friday that he was now in charge of the radio division of the public broadcaster.

The meeting, attended by radio staff, was apparently called to announce the reshuffling of leadership in the radio division after the resignation of group executive of radio Leslie Ntloko last month.

“Radio is now mine. All radio people now report to me from today,” Motsoeneng apparently said at the meeting.

Kganyago said he knew nothing about the meeting.

“I don’t know about that meeting. This role was from the day he was put in that position. Whether it was said in a meeting or not, that task will not change.”

Meanwhile, the Congress of the People (Cope) said it would make sure Motsoeneng paid back the bonus he allegedly received from the SABC, calling it illegal.

The party opened a case of fraud and corruption against Motsoeneng on Friday, alleging that he unlawfully and improperly disposed of key state assets, such as the SABC archives, to MultiChoice without the authorisation of the SABC board.

It was reported it was the sale of these archives that earned Motsoeneng a reported R11.4 million bonus.