Phahlane said the #FeesMustFall movement is breeding leadership the country will regret. 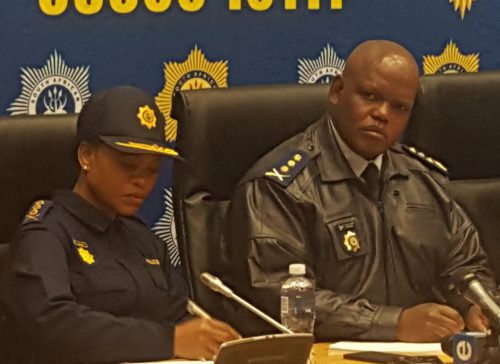 Acting national police commissioner Lieutenant-General Khomotso Phahlane said the #FeesMustFall movement was “breeding a crop of leaders this country is going to regret” following continuous unrest at various universities across the country yesterday.

Phahlane said student leaders should use their “sense” to find resolutions through negotiations and engagement rather than violence. “We wish sense would prevail among those who define themselves as leaders and for violence not to continue at this rate.

“They must spend more of their time engaging and making sense to authorities so they can find a point of convergence. “These [universities] are places where people go and learn. It seems we are breeding a crop of leaders this country is going to regret,” he said in Pretoria.

Running battles continued across campuses yesterday, with University of Pretoria students breaking open a gate and forcing their way past police to gain entry to the closed campus.

In Johannesburg, a bus was torched in Braamfontein by University of the Witswatersrand students.

Phahlane admitted that police could do better. “We continue to be managing [the protests] and I think we can all do better. Society, even the students themselves, can do better in finding an everlasting solution to this situation,” he said.

He said they had intelligence on the ground to assist in investigations that could lead to arrests.

“The strategy is not only to be chasing people, but to have an element of investigation coupled with intelligence to enable us to make arrests of those who are either intimidating or making inflammatory statements.”

He said police arrested five students yesterday at Rhodes University for disrupting classes and emptying rubbish bins. Another 20 students were arrested at the University of Free State for public violence and contravening a court order.

“This type of behaviour can never be condoned by any law-abiding person and is to be condemned,” he said.

Police would continue to be deployed at various hotspots until the protests calm down, he said.