Lackay’s legal counsel argues that Sars commissioner Tom Moyane stripped him of his responsibilities and seniority by barring him from speaking about the 'rogue unit'. 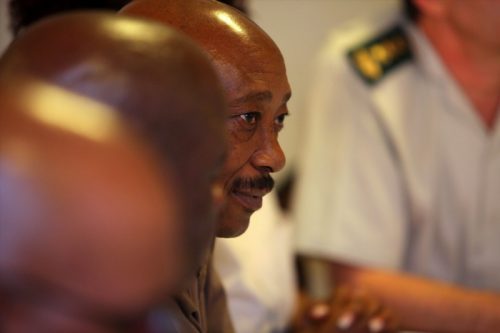 The SA Revenue Service (Sars) yesterday accused its former spokesperson Adrian Lackay of pursuing a “political agenda” by including evidence relating to the so-called Sars rogue unit in his bid to convince the Commission for Conciliation, Mediation and Arbitration (CCMA) that his resignation last year amounted to constructive dismissal.

In the first day of proceedings in the matter, CCMA commissioner Joyce Nkopane heard from Sars’s counsel that several documents, including those relating to the Sikhakhane Commission, which investigated the “rogue unit” last year, were not relevant to a case of constructive dismissal.

Lackay’s entire argument, according to his counsel, was that Sars commissioner Tom Moyane effectively stripped Lackay of his responsibilities and his seniority by barring him from speaking to the media about the unit, ignoring his strategic advice in communicating the matter and hiring two people who effectively rendered his post obsolete.

But Sars’s senior counsel Wisani Sibuyi said that the documents detailing the allegations that former Sars employee Johann van Loggerenberg ran a covert unit within Sars and unlawfully revealed taxpayer information were not relevant to Lackay’s resignation, which Sars maintained was amicable.

“What we want to know is how Sars made it intolerable for Mr Lackay to work. Mr Van Loggerenberg and other employees, what does this investigation have to do with the matter? It is common cause and we are not disputing that he was investigated. It does not assist you in this matter,” he told Nkopane.

At the centre of the evidence to be brought before the arbitration is the controversial dossier compiled by Van Loggerenberg dubbed “Project Snowman”, which sources close to the matter told The Citizen Sars wants to prevent from being unpacked in the media.

Lackay’s attorney Nick Rob said that what Sars was effectively trying to do was apply to have these documents declared irrelevant before any evidence is heard.

Parties argued at length about the fairness of excluding documents, which Lackay’s counsel maintained would serve as corroborating evidence to support their argument. Nkopane adjourned proceedings for 14 days in order to apply her mind to Sars’s application.