The DA, Cope, and Business Unity South Africa have all expressed concern regarding the criminal charges. 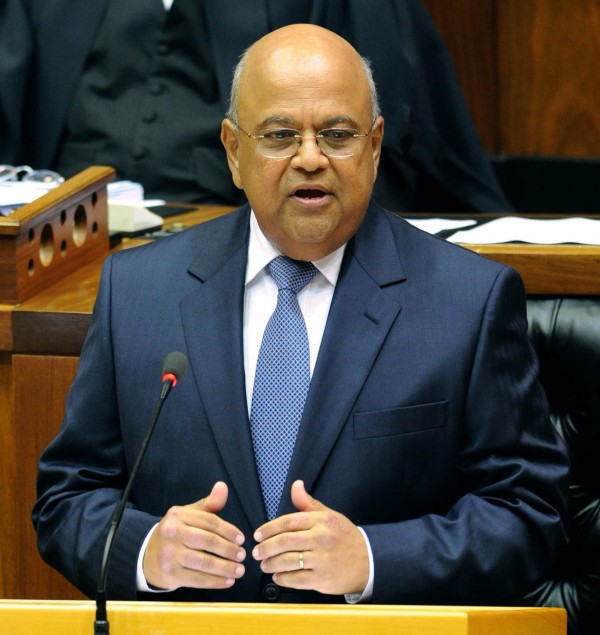 Reaction to the National Prosecuting Authority’s (NPA) announcement on Tuesday to charge Finance Minister Pravin Gordhan and two other former Sars officials on several charges, including fraud, has been swift across the political spectrum.

With the first visible signs coming from the currency markets, the rand took a knock on the back of the news, dropping by at least 3.4 percent. Fears of a possible credit rating downgrade have also resurfaced, as rating agencies have previously raised concerns about recent political developments surrounding National Treasury and the Presidency.

The Democratic Alliance (DA) has slammed the NPA’s decision to go ahead with charges against Gordhan. The party’s shadow minister of finance David Maynier said in a statement charging him could spell a disaster for the economy.

“We must now trust the courts to determine whether there is any merit to these charges. And we hope that there will be no delay in bringing this matter to court because ‘justice delayed is justice denied’.

“The fact is that, what Deputy President Cyril Ramaphosa refers to as ‘a government at war with itself’ is destroying any prospect of boosting economic growth and creating jobs in South Africa.”

Maynier also reiterated that Gordhan maintains his innocence relating to the two counts of fraud he faces for approving  an early retirement plan and illegal extension of an employment contract for former Sars deputy commissioner Ivan Pillay. The minister has previously said the transaction was “entirely lawful”.

The Congress of the people (Cope) has described the decision by prosecutors as nothing but President Jacob Zuma and his faction’s tactics to purge Gordhan from National Treasury.

The party’s spokesperson Dennis Bloem accused Zuma and his “group” of attempting to destroy the local economy, saying “we know that Zuma has tried many times to get his hand on the country’s treasury”.

“It is very sad that Gordhan is trying his level best to rescue the economy of this country, and we believe that Gordhan must continue with his crusade to rescue the finances of this country,” Bloem said, referring to last year’s decision by Zuma to remove Nhlanhla Nene as finance minister and replace him with Des van Rooyen before abruptly backtracking on his decision four days later by reappointing Gordhan.

Meanwhile Business Unity South Africa (Busa) has expressed its confidence in the finance minister. The organisation’s CEO Khanyisile Kweyama said on Tuesday Gordhan has been working with business to avert a “ratings downgrade, stabilise the economy and stimulate job creation, particularly for the youth”.

Kweyama also said Busa respected institutions that have been set up by the Constitution, and it would wait to see how the process regarding Gordhan’s criminal charges would be handled.

At an open tender seminar this morning held in Midrand, Johannesburg, Gordhan reportedly received a standing ovation from delegates attending the event. Gauteng Premier David Makhura told the minister he believes in his ethical leadership and encouraged him not to lose strength amid his prosecution.

“We trust as you go through this, you will feel our weight as well‚ you won’t just feel the burden of the responsibilities you were given as the minister of finance.

“The truth will come out‚ the truth is too strong to be kept secret … the truth will be transparent and soon. Thank you very much for blessing us with your presence‚” said Makhura.

Makhura also told Gordhan to use his time helping to ensure that the economy recovered.

Earlier today the African National Congress (ANC) urged Gordhan and his co-accused Pillay and former Sars commissioner Oupa Magashula to cooperate with the NPA and welcomed Abrahams’ assurances there was no political interference involved in the prosecutorial process against them.

The party said it hoped the charges announced would bring the country closer to “uncovering the truth from facts” and bring this matter to finality.

Gordhan and his co-accused are expected to appear in the Pretoria Regional Court on November 2, 2016.