State turns to international agencies in bid to gather intelligence. 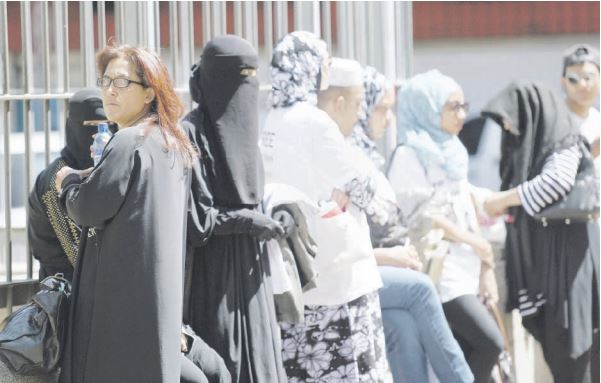 Wasiela Thulsie, left, the mother of the twins arrested on allegations of planning attacks on an American mission and Jewish cultural sites, leaves the Johannesburg Magistrate’s Court yesterday. The case was postponed to November 4. Picture: Nigel Sibanda

Tony-Lee and Brandon-Lee Thulsie, who are accused of terrorism, will spend three more weeks behind bars while the National Prosecuting Authority scrambles to find evidence proving the brothers are extremists.

But prosecutor Chris McAdam asked the magistrate for a further eight weeks to “finalise the investigation”. His reason was that investigators were negotiating with international agencies and foreign governments in their bid to gather more intelligence.

Additionally, the state was still processing “extensive digital evidence”, for which it was using forensic investigators. Agreeing to a three-week postponement, the magistrate said McAdam was to update the court on the “progress of the investigation and proceedings”.

The date for the next hearing was set for November 4. Cage Africa, the nongovernmental organisation representing the family, expressed disappointed yesterday.

“Our concern is that they are still in prison and haven’t yet been given a firm charge,” spokesperson Karen Jayes said.

“That we are beholden to foreign intelligence is concerning. We hope the court will allow the evidence to be challenged.”

Jayes was also concerned with how the digital evidence could have been procured.

“We know of overseas trials in which online forums were infiltrated by intelligence agents who created conversations that were incriminating.”

Speaking outside court yesterday, support groups from Newclare and Azaadville said the postponements were financially taxing on the twins’ mother, Wasiela Thulsie, who was already in dire straits.