Thuli set to go out with a bang

Interdict not valid until it has been issued, say experts. 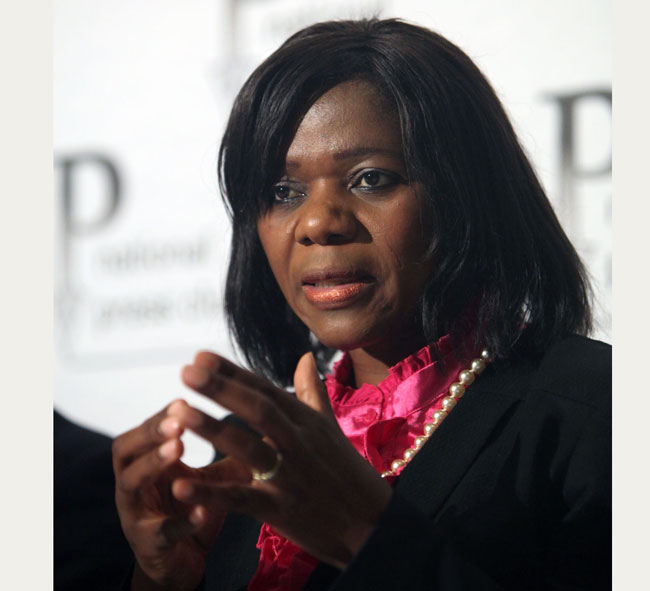 Legal channels are still open for Public Protector Thuli Madonsela to go out with a bang during her last day in office today and release her preliminary report on her investigation into state capture.

This is despite an urgent court interdict application by President Jacob Zuma against Madonsela in a bid to halt her plans to publish the report.

Retired Constitutional Court Judge Johann Kriegler told The Citizen that until a judge had granted the interdict, technically Madonsela could still go ahead and release the report.

Asked if Madonsela could face legal ramifications should she release the report ahead of the interdict being granted, Kriegler replied: “Not as at the moment. As I understand, no interdict has been granted so she is not precluded from releasing it unless this has been done.”

It was all systems go at Madonsela’s office just minutes before it emerged that Zuma had served her with an interdict in a bid to halt publicising the report. “We are just waiting to confirm a time … there will be a press conference tomorrow at her offices,” Madonsela’s spokesperson Kgalalelo Masibi said yesterday.

Until late in the afternoon, Madonsela was locked in a meeting with her legal team, weighing her legal options after Zuma’s bombshell interdict. “She is consulting with her lawyer about the release, based on the content of the application for the interdict,” Masibi said.

Constitutional law expert Shadrack Gutto said Madonsela was within her rights to release the report. “Anybody can file an application for an interdict, whether that has any merit will be determined by a judge and not by your filing of an application,” said Gutto.

It also emerged this week that Finance Minister Pravin Gordhan was told by the National Prosecuting Authority he will face fraud charges, which resulted in a public outcry.

Earlier this week, Zuma failed to turn up at a scheduled meeting with Madonsela.

Shortly afterwards, his office sent a letter to Madonsela’s office demanding that she not release the report before Zuma had access to the testimonies of witnesses in her investigation, as well as the chance to cross-examine the witnesses himself.