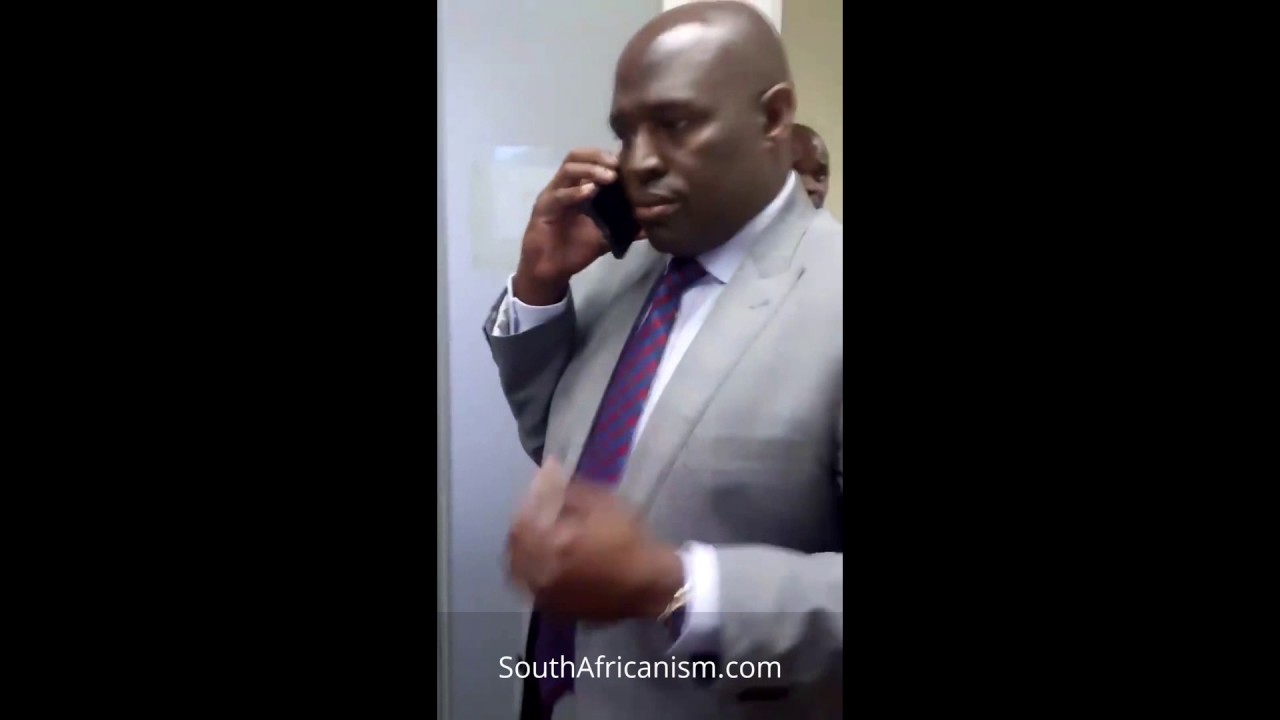 The above snippet of footage emerged on Thursday of how Hawks officials allegedly detained a Sars official to retrieve a printout of an email from a senior Sars employee.

Emails involving the Directorate for Priority Crime Investigation (the Hawks) and the National Prosecuting Authority’s (NPA’s) case against Finance Minister Pravin Gordhan led to this alleged “hostage” drama at a Pretoria office of the SA Revenue Service (Sars) last week.

Among them was Brigadier Nyameka Xaba, the Hawks’ lead investigator in the case against Gordhan.

When the story first broke, Hawks officials were accused of using physical force to retrieve a printout of an email from Symington, who was reportedly left with bruises on his forearms and hands from the altercation.

The above video does not, however, appear to contain evidence of any violence.

In the recordings, Symington can, however, be heard saying that he is being held against his will.

The drama was reportedly triggered by an email Moyane mistakenly shared, of lead prosecutor Torie Pretorius requesting Xaba to obtain a statement from Symington on October 17.m

In the email, Maphakela reportedly told Moyane that he could not be involved in the issue, for “ethical reasons”, as he held a different view to the one pursued by the NPA and the Hawks.

Also read: BLF calls for ‘captured’ Gordhan to step down

The email, which has now found its way into the public domain, has raised questions as to whether Sars’ lawyer disagrees with Gordhan’s prosecution.

The recordings, which were reportedly made by Symington, have been handed over, with other evidence, to the Independent Police Investigative Directorate (Ipid), which is investigating the matter.