He says the city will ‘pounce’ on those who caused violence and disruptions to ensure they get arrested.

Tshwane mayor Solly Msimanga put on a set of blue overalls and got his hands dirty when he took to the streets of the capital on Thursday morning to clean up the mess and debris that was left by Economic Freedom Fighters (EFF) marchers on Wednesday. 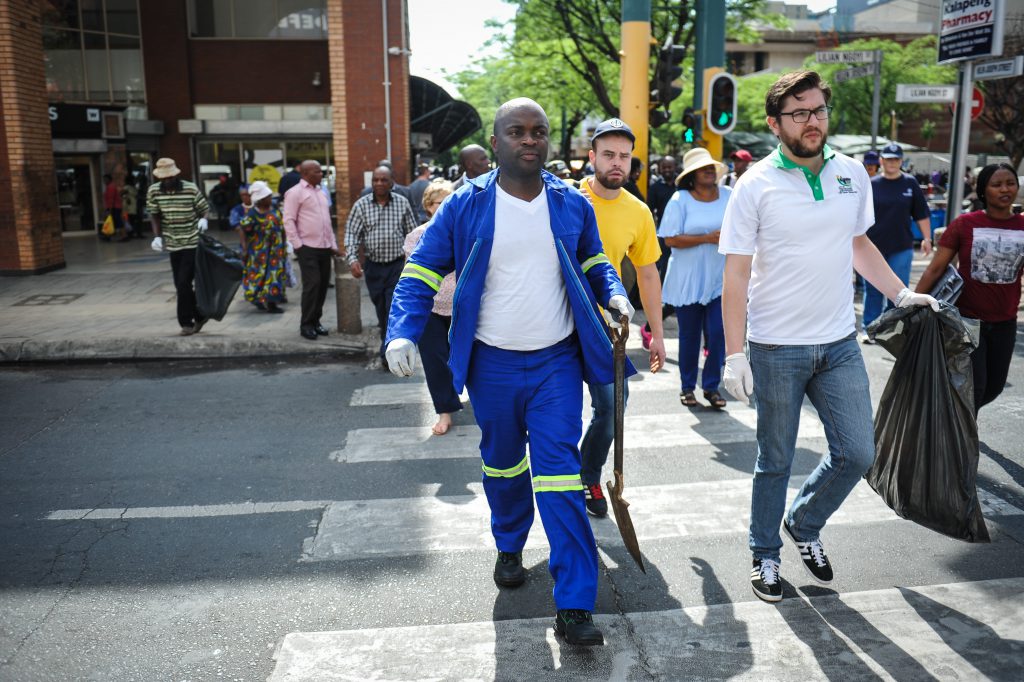 Msimanga, along with City Property officials, gathered with brooms, black plastic bags and protective cleaning gear, picking up litter and broken glasses after several stores were looted during the chaotic mass march.

“Im not leaving here until Church Sq. is clean. Even if it means spending another 3 hrs here” mayor @SollyMsimanga #EFFMarch pic.twitter.com/lmi2wdJclz

He said the city would ‘pounce’ on those who caused violence and disruptions to ensure arrests were made.

“Peaceful people who want to get on with their work and jobs have to deal with the filth today [Thursday], but roads are barricaded with rocks. There was a truck that had to dump sand in the middle of Mears Street in Sunnyside yesterday. People can march all they want, but it should be peaceful.”

He said council would be exploring ways to ensure that unlawful conduct did not repeat itself and protest action remained within the laws of the Gatherings Act, which prohibited violence and destruction. 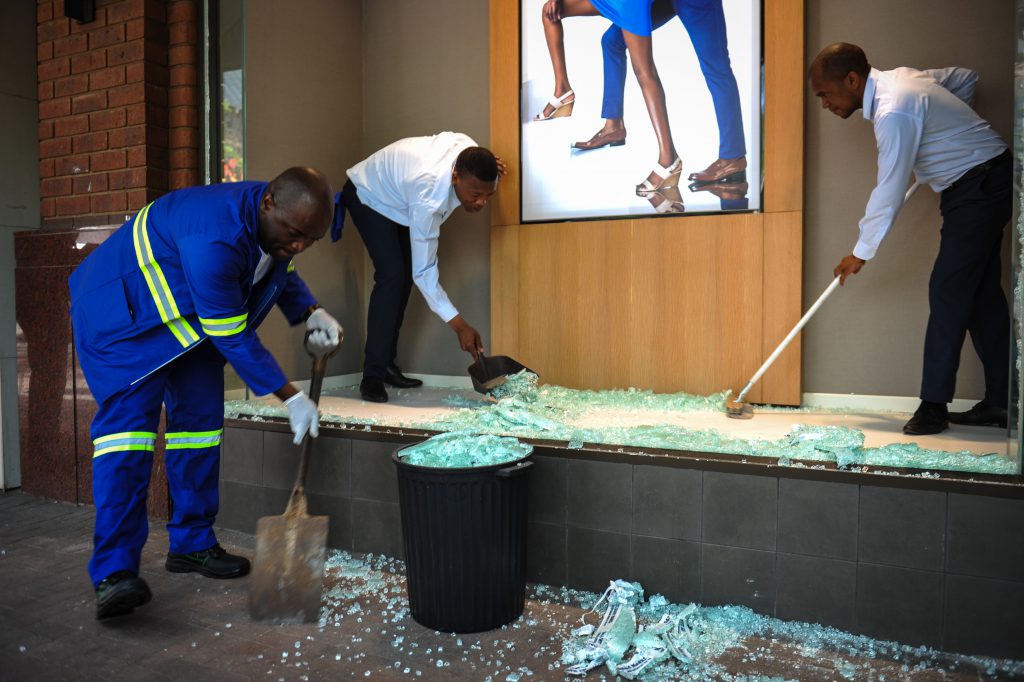 “The vandalism, looting and antagonising of law enforcement will not be tolerated, and we encourage local law authorities to take the appropriate action against those who were responsible for conduct not befitting democratic protest.”