Speaking at the national wreath-laying ceremony for fallen traffic officers, Dipuo Peters told the media that the department was concerned about drunk drivers. 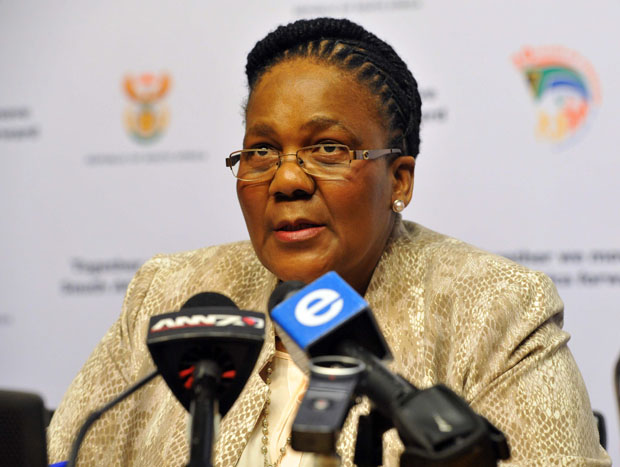 The upcoming festive season is a huge concern for the transport department since the holiday period will be a day longer as Christmas falls on a Sunday, Transport Minister Dipuo Peters said yesterday.

Speaking at the national wreath-laying ceremony for fallen traffic officers, Peters told the media that the department was concerned about drunk drivers as people often consumed a lot of alcohol during their time off.

“The festive season is coming, and it is very worrying as December 27 was also declared a holiday. That period, including New Year’s, will be tight. The longer the holiday period, the more people drink. Drunk drivers and speedsters should remember that should they be caught, they will be spending a long period behind bars.”

Peters, along with various metro police departments and the Road Traffic Management Corporation (RTMC), comforted the families of those who lost their loved ones in the line of duty during the national ceremony at the Boekenhoutkloof Traffic Training College in Pretoria West.

Peters said it was important for the nation to grieve as the officers died in the line of duty, protecting and enhancing the safety of citizens.

“Everyday there are traffic officers who get injured and killed by motorists. You can see the pain in the bereaved families. You find a situation where a traffic officer wants to stop a vehicle but ends up being knocked over, others get shot, others get stabbed, others are just accosted on the roadside,” the minister said.

Sandile Request Nkwanyana, a Johannesburg metro police officer, was also remembered after he was allegedly killed by a taxi driver who knocked him over on Heidelberg Road in March.

After the accident, the taxi driver failed to stop and was apprehended after Nkwanyana’s colleagues chased after him. The taxi driver was released on bail.

Nkwanyana’s wife, who declined to give her name, said it was difficult to accept that her husband’s killer was free.

“The man who killed my husband is out on bail. I fear for my life, and I am upset that he is out. Though his trial is later this month, our children miss their father.”

Peters called on RTMC and SA Police Service to ensure those who kill law enforcement officers are harshly punished.

“People who kill law enforcement and traffic officers are killing the nation. It is important that we monitor these cases of killings. Anyone who kills a traffic officer should not get bail easily nor be released from jail.”

AA calls for parliamentary inquiry into RTMC
2 days ago
2 days ago
PREMIUM!

AA calls for parliamentary inquiry into RTMC
2 days ago
2 days ago
PREMIUM!