Tankers have been deployed as burst pipes leave other parts of Pretoria waterless. 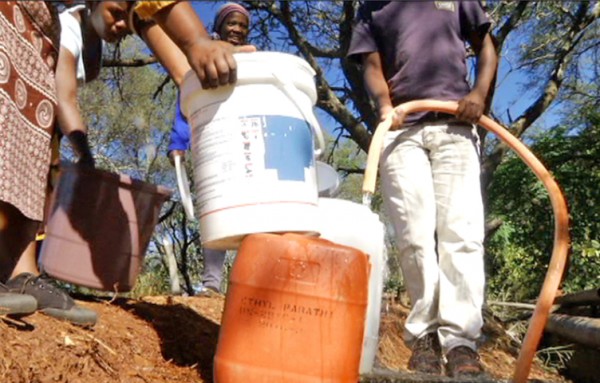 Townships in Tshwane will be hit by daily water shedding this week as the Soshanguve reservoir was “functionally empty”, City of Tshwane spokesperson Lindela Mashigo said.

Tshwane residents have started to feel the pinch of water shortages after Rand Water imposed the 15% random restrictions that have hit high lying areas in Soshanguve.

Soshanguve’s Blocks K, L and M were left without water, due to the main water reservoir in Block L running low, Mashigo said.

“I am afraid to say this but the reservoir is functionally empty. In the event the reservoir runs waterless, this will have a huge impact on water supply in Blocks AA, CC, F, G, UU, VV, WW and Soshanguve East,” he told The Citizen.

Mabopane residents will experience water shedding daily between 8pm and 5am as the local reservoir stands at 20%. Odi Water imposed the 15% random restrictions on Saturday, Mashigo said.

“The 55-megalitre reservoir next to the Soshanguve station is almost depleted as it stands at 20%. This has led to communities experiencing low water pressure, especially in Blocks D and B. Water shedding will be on a daily basis until the water capacity increases to at least 60%.”

Amid the tight restrictions of the precious commodity, residents in other parts of Pretoria have also been left without water, due to burst water pipes.

Some parts of Pretoria East were without water after a pipe burst on the corner of De Villebois Mareuil Drive and Delmas Road in Moreleta Park on Saturday.

“We were able to attend to that and restore the water. Although residents took to social media stating the water is dirty, that was due to the repairs but it was also sorted,” Mashigo said.

To assist with the water shortage, the City of Tshwane has increased their water tankers, which are deployed to affected areas.

“We have upped our water tankers and currently have 10 on the ground. Working with ward councillors, we send them to the priority areas where water is needed the most.”

Meanwhile, the department of water and sanitation plans to release water from its Sterkfontein Dam reserve into the Vaal Dam today, one of the 14 dams within the Vaal River System.