The police's spokesperson says he never confirmed that the ANC bigwigs are in trouble, calling the report 'baffling'. 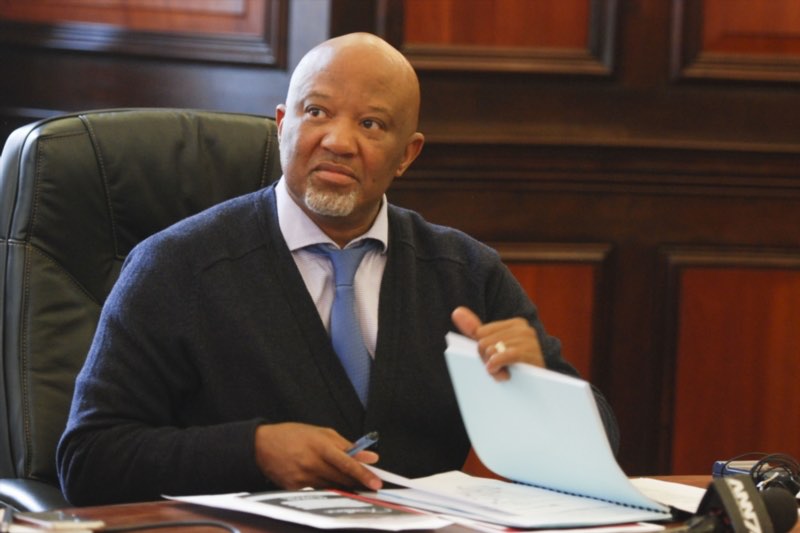 In the report, Jonas said he refused a R600 million bribe from the controversial Gupta family.

ALSO READ: Will Jonas, Mkhize and Mantashe be arrested for Gupta bribe?

The Sunday Times reported yesterday that the three were being probed for failing to report Jonas’ bribery claim and the claim that he had been offered the job of finance minister in return for doing favours for the family.

The paper reported that Hawks spokesperson Brigadier Hangwani Mulaudzi “confirmed the investigation and said they were waiting for the National Prosecuting Authority to advise on how to proceed with the matter”. But yesterday Mulaudzi told The Citizen that he was “baffled” by the report.

He said that his conversation with the paper did not refer to Mkhize and Mantashe, and that the three politicians were not being investigated.

“With the deputy minister, they [the newspaper] wanted to find out about claims that somebody told them that we are investigating, because he did not report the R600 million bribe. And we said there is a law that says that any corrupt activity must be reported,” Mulaudzi said.

“Where they got these issues of investigation [from] I don’t know. They [the newspaper] is lying. The only thing I confirmed is that there is a law about reporting corrupt activity.”

Mulaudzi said that the only Gupta-related probe on hand was of a complaint made earlier this year by former ANC MP Vytjie Mentor.

She had filed an affidavit making claims of state capture by the Gupta family. Mulaudzi said that investigators were not making progress because Mentor was refusing to cooperate.

Meanwhile, attempts by The Citizen to contact Mentor were futile.

Another Sunday newspaper, City Press quoted high-ranking sources at the Hawks and the National Prosecuting Authority (NPA) saying Gordhan would be charged in connection with the SA Revenue Service “rogue unit” by Christmas this year.

But Mulaudzi told The Citizen that he was not aware of any such charges being in the pipeline either.