The ANC also took credit for bringing the issue of state capture out in the open. 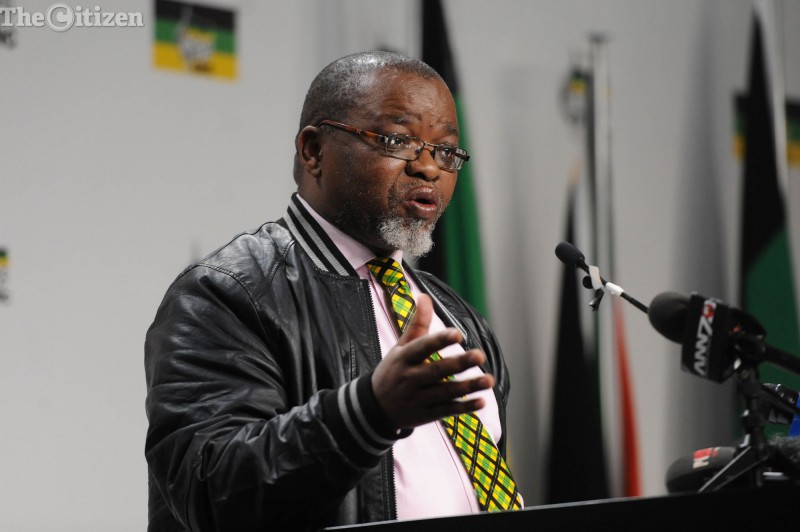 The African National Congress (ANC) says calls for President Jacob Zuma to step down from office following the release of the explosive State of Capture report are “premature and unfounded”, as Zuma or any of the implicated parties mentioned in it are not guilty of anything.

Briefing the media following the conclusion of the party’s National Working Committee (NWC) meeting on Tuesday afternoon, the party’s secretary-general Gwede Mantashe said the ANC had considered the report compiled by former public protector Thuli Madonsela and regarded the issues contained in it “very seriously” although he was quick to dismiss the report as inconclusive.

“The observations and remedial actions in the state capture report are inconclusive and contain no binding findings referring to the guilt of any party. The report of the public protector rather calls for a commission of inquiry into the allegations of improper relations and involvement of private interests in the running of the state. As a matter of principle, the ANC supports the setting up of the commission of inquiry.”

“Calls for the stepping down of the president using the report as the basis thereof. As far as we are concerned they are premature and unfounded,” Mantashe said speaking at Luthuli House.

Madonsela’s report implicated several ANC and government officials in unethical and improper business dealings with the controversial Gupta family at the centre of state capture allegations.

The ANC also took credit for bringing forward the issue of state capture into the public domain, saying that it had an internal investigation into the allegations levelled against Zuma  and the Guptas, but very few witnesses were willing to make statements to his office.

“We are emphasising that point because there is a tendency of forgetting that we started the debate, we initiated that process. As we closed that process, we encouraged people to go to institutions that are competent to do that work. Very few people remember that now.”

The 355-pages document recommends the establishment of a judicial commission of inquiry within 30 days to investigate the allegations contained in the report. Madonsela wants the inquiry to be headed by an independent judge chosen by Chief Justice Mogoeng Mogoeng.

He also said it had come to light that parties implicated in the report intended taking it for judicial review.

“The ANC therefore cannot preempt the outcome of that process.”

He said the ANC had received a request for the party to hold a special NEC meeting to discuss the report but will not.