The areas that were affected by the floods include parts of the N3, Linksfield, Bryanston and Rosebank. 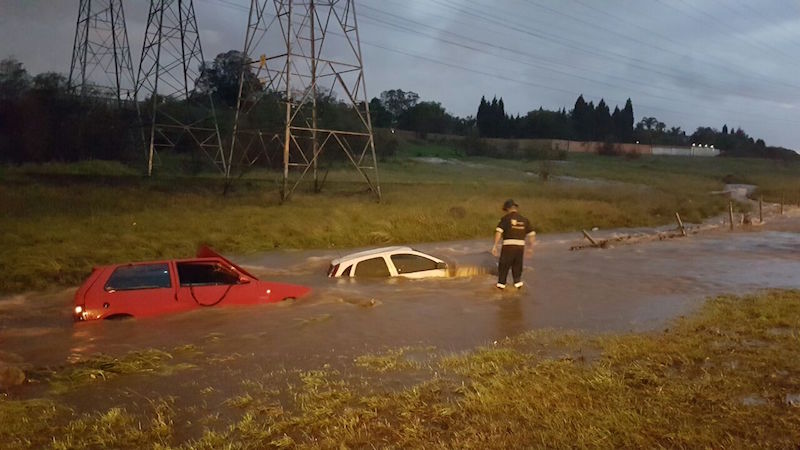 More than 10 cars are submerged in water after flash flooding pushed them off the highway and down an embankment on Wednesday evening, November 9. Picture: Emer-G-Med.

A search operation is under way in Stjwetla, Alexandra, for a three-year-old child who is believed to have been swept away during the floods that gripped several parts of Gauteng on Wednesday, Johannesburg emergency services confirmed.

Speaking to The Citizen on Thursday morning, spokesperson Nana Radebe said more details would be made available as the day progressed.

She said the floods also claimed the lives of two people on Wednesday, while other reports said at least four people have died.

“The areas that were affected by the floods include parts of the N3, Linksfield, Bryanston and Rosebank, while nothing was reported in Soweto, Vaal and the western parts of Johannesburg.

“We also want to urge motorists to be extra careful when driving when it’s raining because flooded water cannot be measured with the eyes and if people should call 10 177 or 112 from their cellphones in the event of flooding in their areas,” she said.

Some of the areas that are flood-prone in and around Johannesburg include Ivory Park, Kliptown, Diepkloof as well as the New Canada road.

Meanwhile, the South African Weather Services warned last week that residents in Gauteng and other parts of the country should expect heavy downpours for the better part of this week.

The weather desk also confirmed that the country had now entered a “thunderstorm” season, while the La Nina weather system, set to bring a lot more rainfall, was expected any time from next month.