The party says Mkhwebane shouldn’t be ‘busying herself’ with shielding the embattled CEO but focus on her office's 'staggering workload'. 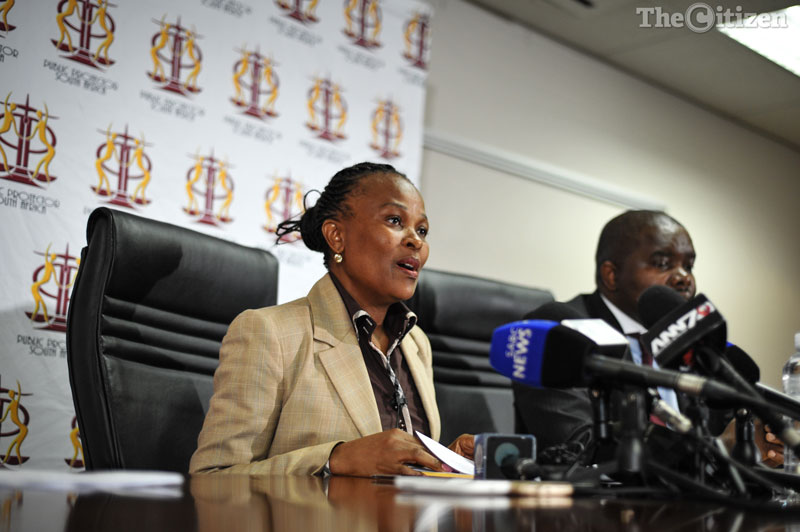 The Democratic Alliance (DA) doesn’t want public protector Advocate Busisiwe Mkhwebane to comment on the resignation of Eskom CEO Brian Molefe but to instead focus on what the party has described as the “staggering workload of her newly occupied office”.

ALSO READ: Why link you to a parlour, Minister Mahlobo?

Speaking on the sidelines of the University of Limpopo student trust fund dinner last week Friday at Gallagher Convention Centre, Johannesburg, Mkhwebane told EWN Molefe’s resignation was a great loss to the country.

She said people shouldn’t start accusing individuals implicated in her predecessor Thuli Madonsela’s State of Capture report as being guilty until the matter went through a judicial process.

The party’s shadow minister of justice, Glynnis Breytenbach, said in a statement on Monday: “It is abundantly clear from the report that Mr Molefe was in a cosy relationship with the Guptas. It is equally clear that they chatted an inordinate amount on the phone and that the Guptas managed to close deals with Eskom that benefited them greatly, while the interests of Eskom were not placed at the forefront.

“Mr Molefe has not denied any of the matters raised in the report, save to suggest that he might have been spending time in the now notorious, but as yet unidentified, Saxonwold Shebeen.

“This is not an issue with which the PP [Public Protector] should be busying herself, bearing in mind the staggering workload of her newly occupied office.”

The embattled CEO announced his resignation on Friday, effective from January next year, stating that his decision was not an admission of any wrongdoing or guilt.

In her report, Madonsela said it appeared the state-owned power utility had tried to push Optimum coalmine, then under the ownership of mining company Glencore, into financial distress so the Tegeta Exploration & Resources, a Gupta-controlled company, could purchase it.

Madonsela also provided cell signal evidence that showed that from August 2, 2015, to March 22, 2016, Molefe had called Ajay Gupta, the eldest of the family’s three brothers, a total of 44 times, and he called Molefe 14 times.

In his interview with Madonsela, Ajay also admitted that Molefe was a “very good friend” and often visited his home in Saxonwold, Johannesburg.

Public Enterprises Minister Lynne Brown said she was saddened by Molefe’s resignation and that she would respect his decision, while the parastatal’s board chairperson has described the resignation as regrettable but understandable.

Breytenbach has also questioned why Mkhwebane came to Molefe’s defence.

“It is also unclear why the new PP should find it necessary to leap to the defence of Mr Molefe. Whether or not she regards him as an asset, or whether she has confidence in the report, essentially produced by members of her staff, is not something she should be debating in the public arena.

“She should be spending her valuable time on ensuring that the office that she now leads functions at an optimum level and that its functions are carried out without fear, favour or prejudice.”