Marius du Toit says the official opposition may be trying to jump the gun. 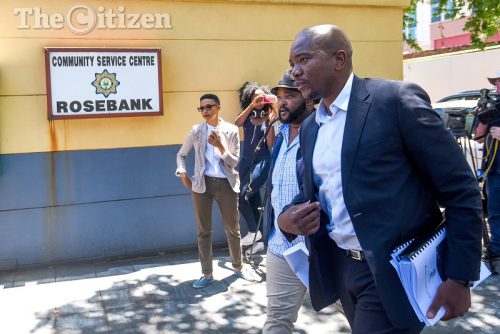 Police will investigate allegations of corruption against President Jacob Zuma. This could result in Zuma, other officials and the Gupta family facing corruption charges based on the State of Capture report compiled by former public protector Thuli Madonsela.

DA leader Mmusi Maimane yesterday filed an affidavit accusing the president and “his cronies” of contravening the Prevention and Combating of Corrupt Activities Act, among others. In his affidavit, Maimane accused Zuma of failing to discharge the legal duty to report corrupt transactions.

Legal expert Marius du Toit said there could be merit in the DA’s bid to have Zuma charged if it could prove he knew about the allegations against the Guptas and state officials.

“If you allege he ought to have reasonably known and that there was a suspicion, then he had to report it,” Du Toit said.

“If he failed to do so, then they might have a case.”

But Du Toit said waiting for the outcome of the judicial inquiry into the report would have been wiser.

“The State of Capture report contains some findings, but predominantly refers the matter for the president to institute a judicial inquiry,” said Du Toit.

“The report itself is not a statement under oath, it’s a report based on evidence or alleged evidence submitted. If there is an investigation to be launched, typically, what you would want is a public inquiry.”

Maimane said the DA had requested, in addition to Zuma and the Guptas‚ that police probe the actions of the Eskom board‚ Mineral Resources Minister Mosebenzi Zwane and others. Trade union Numsa spokesperson Patrick Craven yesterday said corruption should be probed.

“But we can’t convict simply on the basis of these allegations. The focus shouldn’t be on public officials and politicians only, but also on business,” Craven said.