The party says the speaker’s conduct on Tuesday was just a ‘warm-up performance’ ahead of Zuma’s oral response to MPs' questions on Wednesday. 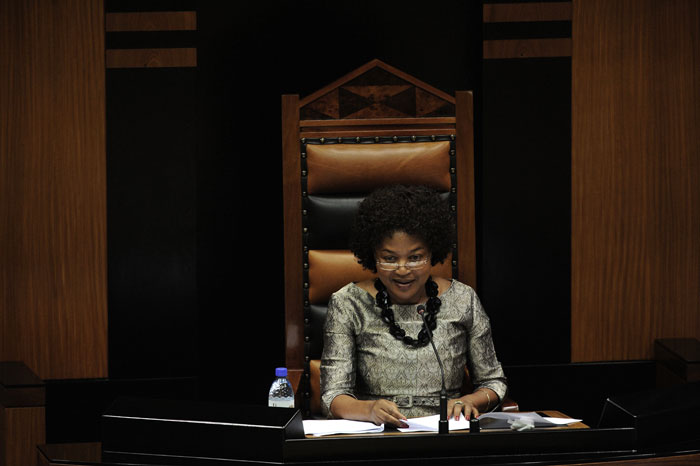 DA leader Mmusi Maimane has written a letter to National Assembly speaker Baleka Mbete requesting her to recuse herself from presiding over President Jacob Zuma’s final question and answer session on Wednesday.

This follows the party’s walkout in parliament on Tuesday during a joint setting of the national legislature to debate government’s 16 Days of Activism campaign. The setting descended into a tug-of-war after DA MP Denise Robinson was ordered to withdraw a statement referring to Zuma as ‘JZ 783’.

In statement released after the party left the plenary, Maimane accused Mbete of allowing the setting to degenerate into a “farce” as a result of her “shameless bias and inexcusable ignorance”.

He said the speaker’s conduct was a “warm-up performance” ahead of Zuma’s oral response to MPs questions related to allegations of “state capture” and his controversial relationship with the Gupta family, saying should she preside over the session, his party fully expected her to “once again shield Zuma from scrutiny and accountability”.

Maimane said Mbete “erroneously” relied on Rule 85 of the National Assembly and “stubbornly” refused to listen to his point of order when he presented her with an opportunity to correct her mistake.

He also said it was inexplicable to him that the words “JZ 783” – which relate to Zuma’s fraud, corruption and racketeering charges dropped by prosecutors in 2009 – could be deemed as “offensive or unbecoming language”.

“The ignorance of the appropriate rules by the speaker is simply scandalous. It is even more scandalous that Mbete will stop at nothing to shield the president from the National Assembly, to which he is accountable.

“We cannot have Mbete preside over another oral question and answer session to the president. Doing so would guarantee yet another farce in the House,” he said.

WATCH: DA walks out of parliament after challenge to ‘JZ 783’ comment