Sharpeville was not a human rights transgression – Steve Hofmeyr

The Afrikaans musician has said in an interview that he's a true African and that lots of aspects of apartheid 'were brilliant'. 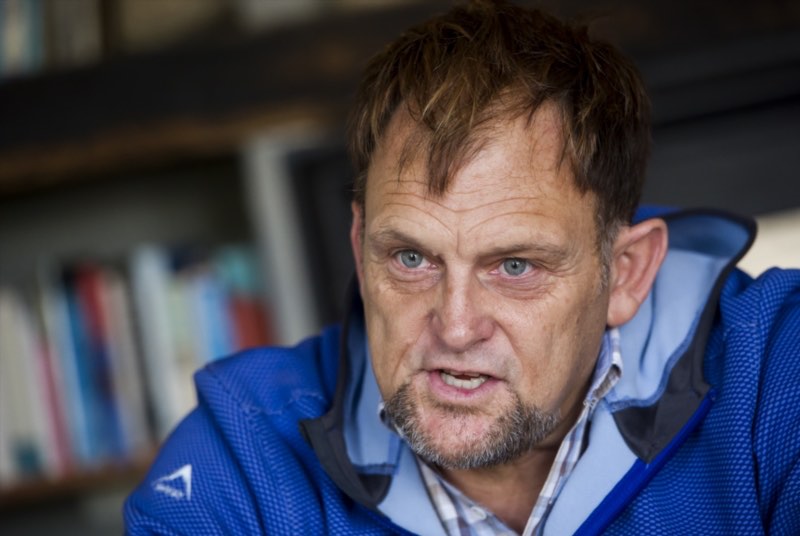 Musician Steve Hofmeyr has opened up about being called racist, gay and homophobic in an interview on online radio station Cliff Central.

Hofmeyr says though he gets called a racist often, it does not mean anything to him. In fact, he says it will not stop him from distinguishing between races – which he says is not the same as discriminating among races.

“People would like to stereotype me as one of those old right wingers; there’s no Eugene [Terre’Blanche] to shoot, so we’ve got to find somebody else and then ‘ah there’s Steve Hofmeyr, he’s a white Afrikaner and he’s Afrikaans and he says nice things about the race that we hate so why not pick on him?'”

Contrary to what most of his critics have said, Hofmeyr says he is part of a white tribe from Africa and considers himself an African. In fact, he says he can trace his roots further back than EFF leader Julius Malema can.

“I can actually trace my roots back in South Africa further than most black people can because they only learned to read and write 100 years ago.”

This is why he feels the need to fight for his language not to be wiped out of the country, unlike those of other South African tribes. He says his people will be the last group to fight for their language, unlike Vendas, Zulus and Xhosas, who he claims are fighting to be taught in English.

In fact, he thinks South Africa owes his people eight Afrikaans-speaking universities because that would be constitutional.

The musician further says he does not understand how Zulus are the largest language group in the country and yet do not march for a Zulu university. He says he would not have supported the 1976 march by the students because they rejected an Afrikaans education in favour of an education they did not pay for. “They weren’t citizens; they were subjects.”

In fact, he likened the erosion of his language in SA to genocide, a cultural genocide, because “nobody’s bleeding yet”, though you can have a genocide without any blood flowing at all, he claims. It is an oppression of any group to wipe it out completely.

“We are the target at this stage, white people as well.” Farm murders, in his eyes, count as genocide and he blames the South African president, Jacob Zuma, who often says Jan van Riebeeck and all white people are to blame for the problems in South Africa.

“It makes the Afrikaner look bad to a point where, when a murderer walks in he will say ‘I can of course [just] steal your cellphone and your television, but guess what I’m gonna do; I’m gonna tie you up and have a little bit of fun and rape you for six hours. I’m even gonna have myself a song to sing while I’m doing this’.

“It’s a song by Julius Malema: Kill The Boer.”

So the farm murders qualify to be called a genocide because it’s not the quantity of the murders but the quality, he says. He claims they demonstrate the kind of brutality you only see during genocide.

Does he think there was genocide of blacks during apartheid?

Without being specific in his answer, Hofmeyr says racism was there during apartheid. However, he thinks South Africans are more racist now than during the regime, as “we just don’t like each other”.

“Check those mortality rates again. I think we lost more black South African lives in the first four years of the new South Africa than in four decades of the cruel regime.”

The stats he uses have often been refuted by NGOs such as Africa Check, but Hofmeyr maintains his data is accurate.

While he thinks aspects of apartheid were unforgivable, he says “lots of it was brilliant”.

The unforgivable aspect was the transgression of human rights, which he acknowledges is what happened to Steve Biko, though the Sharpeville massacre was not.

“Sharpeville for me was not a human rights transgression because, if you have 200 police and, coming down the road are 9 000 youths with traditional weapons and guns going off, somebody is gonna get hurt. I feel the same about Marikana, unfortunately, if it’s that unstable.”