We can never trust ‘naive’ ANC that keeps Zuma – Maimane

The official opposition said the besieged president was only the most vivid manifestation of the 'toxic mix' the ANC has become. 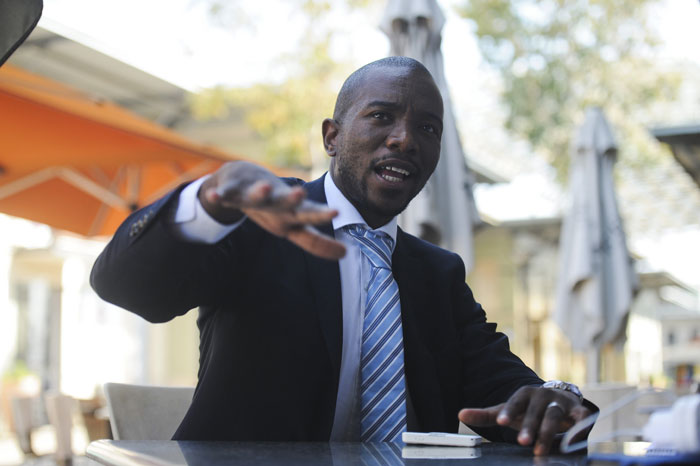 DA leader Mmusi Maimane says the decision taken by the ANC’s­­­­­­ national executive committee (NEC) to reaffirm its support of President Jacob’s leadership after a tense three-day meeting of the structure held in Irene, Tshwane, should come as no surprise and once against illustrates that the ANC chooses him over South Africa.

“An unconventional attempt to table a ‘motion of no confidence’ in Jacob Zuma at this weekend’s meeting of the NEC was defeated convincingly‚ once again illustrating that the naive belief that the ANC can self-correct is simply untrue. It quite clearly shows that the ANC still supports Zuma‚ and support him fully.

“That is because Jacob Zuma is not an anomaly within the ANC‚ he is the norm: he is only the most vivid manifestation of what the ANC has become – an irredeemable and toxic mix of corruption‚ cronyism and nepotism‚” Maimane said in a statement on Tuesday.

What was anticipated to be an ordinary meeting of the ANC’s highest decision-making structure turned into a fight for Zuma’s political survival after three members of his Cabinet, led by Tourism Minister Derek Hanekom, on Saturday supported a proposed motion of no confidence in Zuma. Party officials now deny there was ever such a motion tabled.

Maimane said despite the brave face and united façade depicted by ANC secretary-general Gwede Mantashe‚ the ANC is more divided now than it has ever been – and this will only worsen. He said it was clear Zuma holds all the power in the ANC‚ and the majority of the ANC believe he is the right man to take them forward.

“We can never trust an ANC that keeps Zuma through all he has done. While the ANC continues to fight among themselves‚ our economy is hanging by a thread.

“The fact that the majority of the ANC NEC members chose pay cheques and power over the people of South Africa requires the country to accept that the only way to stop the decay and get our country moving forward again is to remove the ANC‚ once and for all,” he said.

Zuma’s continued stay in power once again showws that Parliament‚ and not Luthuli House‚ must do its job and remove him once and for all, Maimane added.

ALSO READ: Zuma’s voice missing from debates around his presidency