The league, having steadily backed Zuma throughout his scandals, says it is concerned about NEC members going public about ANC matters. 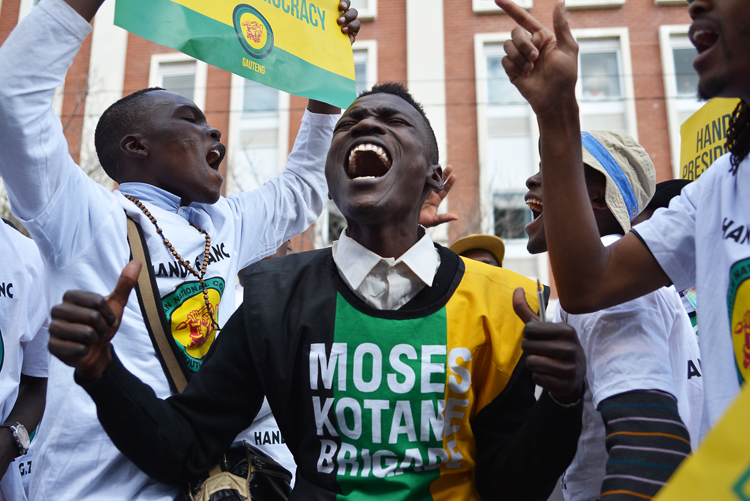 The ANC Youth League (ANCYL) has thanked members of the ANC’s national executive committee (NEC) who remained disciplined throughout the tense three-day meeting of the party’s top decision-making body and hadn’t aired their views publicly about what happened behind closed doors.

Speaking to Power FM on Tuesday night, ANCYL national spokesperson Mlondi Mkhize said the young lions were very pleased with the final outcomes of the NEC meeting held in Irene, Tshwane, over the weekend, although they are concerned about members who felt the need to go public about internal party matters.

“As the ANCYL, first of all I think we must say that we appreciate the comrades that have remained disciplined. Disciplined in a sense that they have their views they have not taken them out in the public domain. You would know that the youth league has consistently cautioned Mathole Motshekga [ANC MP], Jackson Mthembu [ANC chief whip] and many others,” Mkhize said.

When asked why the ANCYL doesn’t see anything wrong with its own public pronouncements about the mother-body’s leadership elective race and other issues they have spoken out about before, Mkhize said the youth league always took a stand based on “principle”.

“The ANC officially, you can ask the secretary-general [Gwede Mantashe] any official, or any NEC member. The national working committee of the ANC came and presented to the NEC principles of discussing leadership.

“You would know that it is a principle matter in the ANC that there is a 50/50 policy. Equally we were just making a principled pronouncement that I think the part of driving and leading societal change we need to have a female president, that’s the principle. It’s not a name of a person,” he argued.

ALSO READ: Hanekom’s tweets show he may be feeling heat after failed motion

Mkhize said the ANCYL was happy about four outcomes of the meeting that included listening to opposing views from NEC members and the consensus reached by the structure to reaffirm its support in Zuma’s continued stay in power as the country’s head of state.

“First of all, unlike many, comrade Derek Hanekom is making headlines because he raised a matter in the meeting. Those that decided to leak who said what, when. That is ill-discipline we don’t want … I think this is of concern, when other members came and support, that is acceptable because it happens in the meeting of the ANC and the ANC that is leading the government of South Africa.

“The third point that makes us be happy about the outcome of the ANC NEC meeting is that the leadership has reached consensus, has agreed looking at all the pros and cons. The fourth point is that we are happy as the ANCYL simply because we have consistently and will continuously say that in SA, those that are driving transformation continuously get attacked.”

The ANC’s extended NEC meeting has been described as the most “serious” and direct challenge to Zuma’s leadership, which shocked his staunch supporters.

ALSO READ: Zuma’s voice missing from debates around his presidency

On Tuesday, the party’s secretary-general Gwede Mantashe said the NEC had resolved that it would build towards unity in the liberation movement and that “it was more urgent to direct the energies of the ANC in its entirety to working towards the unity of the movement”.

He also said the party would not allow Cabinet ministers who backed a motion of no confidence in Zuma to be victimised, saying they were well within their rights to raise the issue within the NEC. But a Cabinet reshuffle is now almost certainly on the cards following the rebellion.