The report, authored by Paul O'Sullivan, accuses top officials in the justice ministry of using their power to silence colleagues. 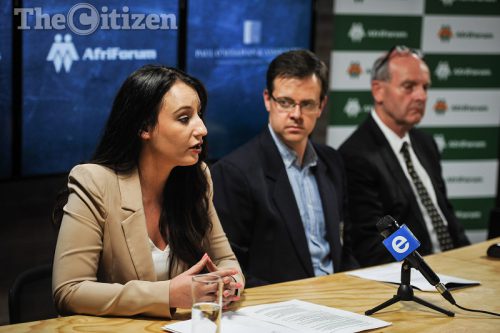 Top officials in the criminal justice system have been abusing their power and state funds to protect President Jacob Zuma and his allies, according to a report by AfriForum and forensic consultant Paul O’Sullivan, delivered in Pretoria on Thursday.

This came at the cost of nearly R17 million in litigation costs which AfriForum said was spent on just four of the “targets”, which it said have fallen victim to the alleged capture of the criminal justice system.

The lobby group has compiled a body of evidence, weaving a thread between key officials in the South African Police Service, the Hawks and the Independent Police Investigative Directorate (Ipid), dating back to the 2010 “Zimbabwean rendition” matter in which key Hawks members stand accused of illegally conducting the deportation of two Zimbabweans.

The two appear in court next week to face charges relating to kidnapping and breaking migration laws in connection with the Zimbabweans.

The report, Joining The Dots, authored by O’Sullivan, pieces together such evidence as letters, parliamentary replies and a sworn statement from Ipid head Robert McBride.

The latter, O’Sullivan said, showed that Nhleko knew about criminal allegations against Lieutenant-General Vinesh Moonoo, who was divisional commissioner of detective services at the time, as well as Ntlemeza, regarding “strong connections with the underworld”.

AfriForum said it would hand the report to the public protector for further investigation.