Malema: The EFF will run SA like Cuba if elected to power

He described President Zuma as 'the Batista of our time'. 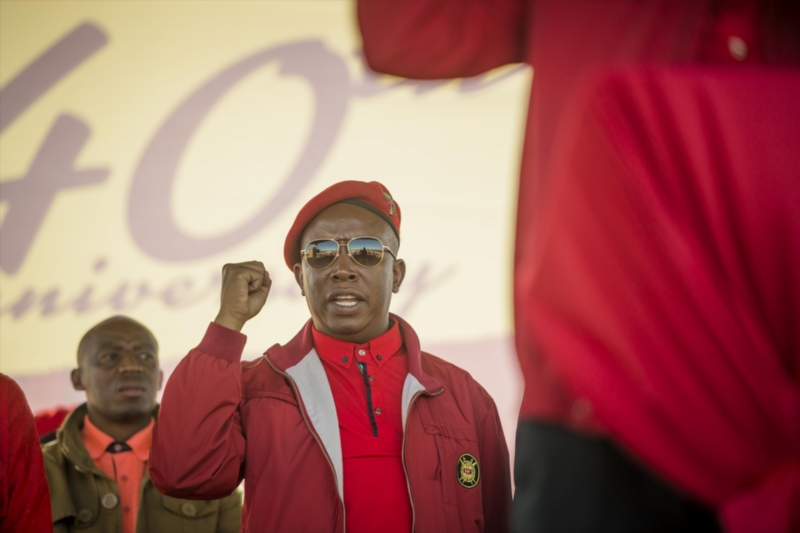 Economic Freedom Fighters (EFF) leader Julius Malema said on Thursday if his party were to come to power in South Africa, the red berets would govern the country like the communist Caribbean island of Cuba.

Malema was speaking at the party’s memorial service for late Cuban dictator and revolutionary icon Fidel Castro in Soweto; Castro died last week at the age of 90. He lauded the Castro regime and its successes, saying the EFF’s formation as a leftist political party, including its policies, were inspired by the late leader.

Malema took a swipe at the ruling African National Congress (ANC), saying the party had no right to celebrate Castro’s life because it hasn’t achieved anything that came close to what he did.

He slated President Jacob Zuma in his address to party supporters, labelling him a criminal who had no right to say Castro must rest in peace, because he sold out his dream.

“Zuma is the Batista [former pre-communist leader of Cuba who Castro overthrew] of our time and a criminal,” he said.

“Because if Fidel was his role model, he would have ushered in free education by now.”

Castro, through his socialist policies, had brought unemployment in Cuba down to 3% and hiked literacy levels to 93%, Malema said.

He praised the late Cuban leader for his role in liberating South Africa.

“If it was not because of Fidel Castro, most African countries were not going to be liberated. It was the people of Cuba who deliberately came to help African people to liberate themselves.”

Following the death of Castro last Friday, Amnesty International said “his achievements in improving access to public services for millions of Cubans were tempered by a systemic repression of basic freedoms during his time in power”.

While some have described Fidel Castro as a towering figure of the 21st century who led the fall of the Batista regime, the rights group described him as “deeply flawed”.

Malema announced his party would send a delegation to Cuba on Friday.