The league said 254 people signed a petition calling on the state to deny the suspect bail. 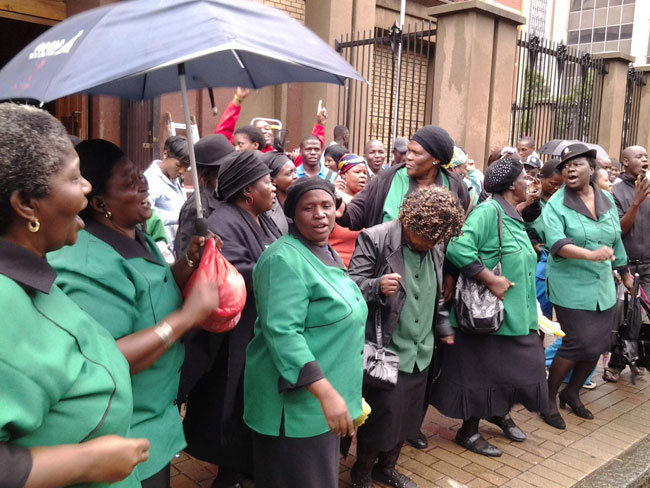 More than 100 men in Mamelodi are taking a stand against child rape and kidnapping and have signed a petition calling for a Nigerian to be denied bail for allegedly repeatedly raping a 12-year-old girl.

In September, the Mamelodi girl was allegedly abducted and used as a sex slave by the 36-year-old at his Sunnyside flat until her escape in December.

The ANC Women’s League and other organisations gathered outside the Pretoria Magistrate’s Court on Monday where the bail application was postponed for the third time.

ANCWL Tshwane regional secretary Gogo Ndlovana said there were 254 signatories to the petition calling on the state to deny bail. Of the signatories, 110 were men from Mamelodi, she said.

“We are requesting that the justice department denies the perpetrator bail because the child is still affected and has not written exams because of this. The men of Mamelodi are behind us as we show support for the family and more are pledging to sign,” she said.

But the DA Women’s Network said the petition was interfering with the case and justice should take its course.

“We need to stand firm and believe the judiciary will act accordingly and do the right thing for this child. It is not our job to go out to say bail should be denied. We have a competent magistrate and we believe he will act suitably to see if the accused should be granted bail or not,” said Refiloe Nt’sekhe.

The case was remanded to Thursday for a formal bail application. The accused faces charges of rape, kidnapping and human trafficking.

Nt’sekhe said she was disturbed by the rise in trafficking during the festive season, noting that the 16 Days of Activism Against Women and Child Abuse had only recently ended.

On National Reconciliation Day, the Hawks rescued 26 women from a brothel in Klerksdorp, North West. The women were aged between 14 and 37.

At least 19 men were found on the premises. Eighteen of them were found to have no connection to the operation. A Nigerian national was arrested for involvement in the trafficking.