'It is now evident that without respecting the will of the people, even century-old liberation movements can fall.' 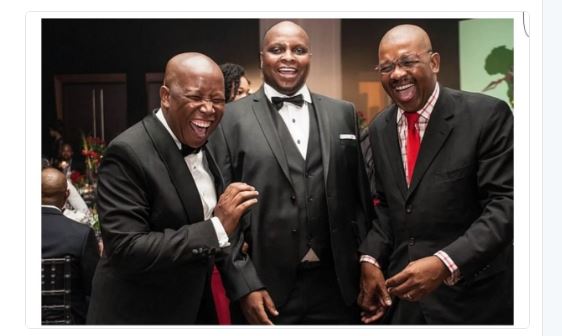 As the year comes to an end, the Economic Freedom Fighters (EFF) has taken time to reflect on all the things it achieved in 2016.

The party has claimed 2016 as the most important political year in South Africa’s democratic history since 1994.

This, according to the party, is because the African National Congress (ANC), having been the most dominating party since 1994, finally reached a “dead end”.

“ANC which has ruled SA for the past 22 years with a false sense of entitlement now knows that it is dispensable,” it said.

The ANC’s loss was significant in that it showed a maturity of SA’s democracy through the restoration “of the will of the people”.

“It is now evident that without respecting the will of the people, even century-old liberation movements can fall.”

In fact, the party takes pride in being the one with the only vote that humbled the “ever-arrogant ANC”.

“This means only the EFF carries hope of a better change because this outcome is unthinkable without the EFF.”

The ANC experienced its biggest loss to date after losing major metros during the municipal elections in August, only clinching Ekurhuleni after smaller parties went into coalition with it.

However, in all the other metros, the EFF decided to vote with the DA, a call that left many questioning the decision.

The ruling party’s loss further caused more divisions within the party, with leaders such as ANC chief whip Jackson Mthembu calling for President Jacob Zuma, along with himself and the entire NEC, to step down.

He said the ANC NEC had failed its people and the only plausible decision was to step down after “failing” to create a better life for the people. He further said the ANC under Zuma was worse than apartheid.

We will not protect any ANC leader accused of corruption, says Ramaphosa
6 hours ago
6 hours ago

We will not protect any ANC leader accused of corruption, says Ramaphosa
6 hours ago
6 hours ago