The EFF leader appears to think the debate around who will be the next ANC president may be a little premature. 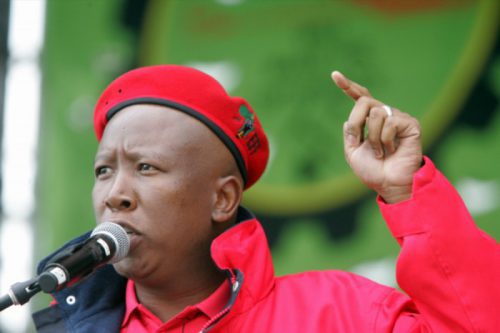 Malema is known for his sometimes cryptic tweets that can leave readers scratching their heads, but this tweet is a clear reference to the ANC’s elective conference set to take place at the end of 2017.

There is nothing in the ruling party’s constitution that prohibits any party president from standing for a third term. Former president Thabo Mbeki famously did exactly that in 2007 in Polokwane, hoping to defeat a then resurgent Jacob Zuma. Had he won, he would have been the head of the governing party but no longer able to be head of state once his second term as SA president was scheduled to end in 2009.

The South African constitution places a two-term limit on presidents.

It was exactly this fear of having a division of power between party and state that caused many to rally behind Zuma and oppose Mbeki.

Malema, a former ANC Youth League president, has often had apparent access to inside knowledge about the ANC and government machinations. Last year he predicted that Finance Minister Pravin Gordhan would be arrested (although that ended up not happening, the National Prosecuting Authority announced that it would be laying charges against Gordhan, before reversing that decision at the 11th hour, while the Hawks are apparently continuing their efforts to build a case against Gordhan).

The debate around who will succeed Zuma in the ANC has centred on the two top candidates so far, Deputy President Cyril Ramaphosa and outgoing head of the African Union Commission Nkosazana Dlamini-Zuma, who is understood to be the choice of those still loyal to Zuma.

The discussion around whether Zuma may himself stand for re-election, however, has not featured prominently.

Malema, however, appears to think all that may be about to change.

The ANC will be celebrating its 105th birthday this weekend in Soweto, where Zuma will be giving the annual “January 8” statement, which outlines the ANC’s plans each year.