Ramaphosa said the audits were necessary to end patronage and the abuse of public resources within the ruling party. 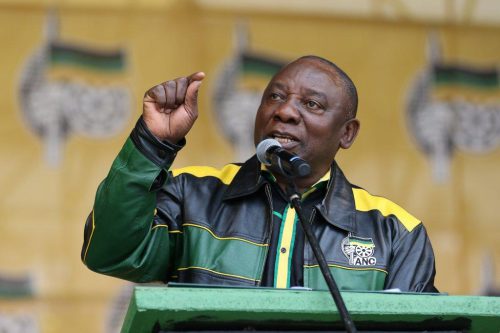 Deputy President Cyril Ramaphosa and Science and Technology Minister Naledi Pandor on Friday urged ANC leaders to agree to lifestyle audits in order to begin the elimination of corruption.

Ramaphosa said that for the rampant corruption to end, lifestyle audits should happen.

“We say lifestyle audits must come now, let everyone in leadership declare their interests. Let the secretary-general’s office be able to get a full register of lifestyle audits of everyone who holds leadership,” he told hundreds of ANC and SA Communist Party  (SACP) supporters gathered in Soweto for the 22nd commemoration of former SACP leader Joe Slovo’s death.

“One thing that Joe Slovo would have argued for would be to defeat corruption, end patronage and the abuse of public resources, corruption. We are going to make sure that lifestyle audits do happen … not only for general members, they must happen at the core of leadership … that’s where they should happen.”

The corrupt were able to hide behind their relatives or companies they owned while perpetuating corruption, said Ramaphosa.

The ANC was not for sale, he added.

“Comrade Joe was not a factionalist, he was a straightforward leader of our movement. Today the movement is riddled with factionalism … even our leaders are leaders of factions. Money is now able to buy votes … to be able to rebuild our movement, we must put all that in the dustbin,” Ramaphosa said to a loud round of applause.

“Buying of votes at conferences, the capture of our branches must be in the past. The ANC is not for sale … it is priceless and belongs to our people. For those who may want to sell the ANC or a portion of it, just know that it is not for sale.”

Earlier, Pandor had said her conscience was clear and that she had nothing to hide.

“Let’s speak up when wrong things happen in the organisation. Let’s speak up and speak the truth … lifestyle audits can come, we’re waiting for that,” said Pandor

She said it was up to ANC members to fix the organisation.

“Use your power as branches to let leaders know you have the power. You have unfortunately delegated that power to the leaders to an extent that they’re convinced you can be bought,” she said.

The country needed ethic leaders who would shun corruption and the abuse of state entities and resources, said Pandor.

She said ANC members knew who was corrupt or who sold votes and should expose such individuals.