Our choice of ANC president will send ‘shockwaves’ – Collen Maine

The youth league leader says the ANC needs a bold leader to launch a ‘second revolution’ with a strong focus on the transformation of the economy. 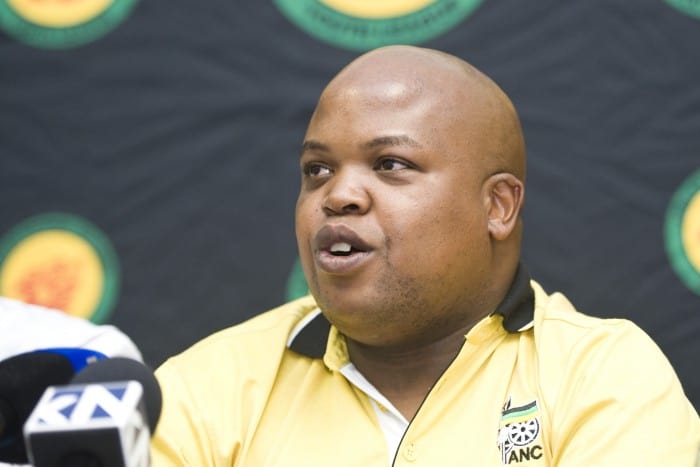 African National Congress Youth League (ANCYL) president Collen Maine says the candidate the youth league will endorse as the next president of Africa’s oldest liberation party will send “shockwaves” throughout the ANC, suggesting that they will not back either one of the frontrunners, Cyril Ramaphosa and Nkosazana Dlamini-Zuma.

In an interview with news agency Reuters, Maine on Tuesday said the ANC needed a bold leader to launch a “second revolution” redistributing wealth to the country’s black majority.

The deputy president and the outgoing African Union commission chairperson have been largely touted as contenders to take over the reins from President Jacob Zuma at the party’s much-anticipated 54th national elective conference in December, with the young wing being linked to the so-called Premier League, an informal lobby group purportedly led by the premiers and ANC provincial chairpersons of North West, Mpumalanga and the Free State, understood to be backing Dlamini-Zuma for the top job.

The ANCYL is also seen as wielding considerable influence within the party; it helped propel Zuma to power at the party’s seminal 2007 elective conference that saw his ascent to the Union Buildings the following year.

Maine said the youth league had 600 000 members and a significant voting bloc at party conferences.

He said every ANC leader had failed to deliver on the promise to transform South Africa, a thorny issue that remains a challenge after more than two decades of ANC rule and the end of apartheid.

Last month, Ramaphosa said he was available to take on the position of president of the ANC and ultimately head of state in 2019. He has the backing of the party’s biggest alliance partner, labour federation Cosatu.

“It would be very humbling to get into a key position like that, to lead,” he said in an interview with Power FM. “I am available to stand.”

Dlamini-Zuma hasn’t formally announced her availability to stand as a candidate, but on Saturday, the ANC Women’s League formally endorsed her for the presidency.

Among the radical measures, the ANCYL wants the new crop of ANC leaders to enact is the redistribution of land, to disperse wealth from white elites to the black majority, including to limit the influence of foreign companies, and give the poor free education.

“Our leaders have derailed the revolution. We were supposed to get more than just the vote. We need to shake up the economy. You don’t have a revolution without pain,” he said.