The bank says the leak of the draft report perpetuates the incorrect view that it was the beneficiary of undue assistance from the reserve bank. 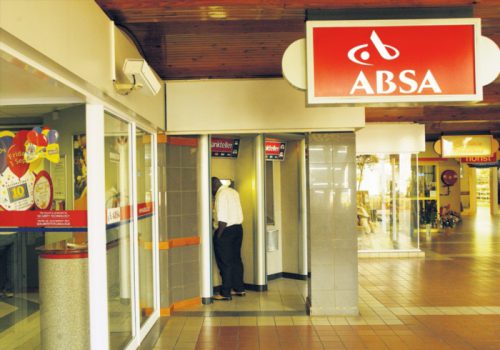 Absa says it is cooperating with the public protector around its purchase of Bankcorp and allegations that it benefited from an apartheid-era bailout in breach of the country’s financial laws.

ALSO READ: Absa may have to pay back billions from apartheid-era bailout – report

A statement released by the bank on Friday said it was in receipt of a preliminary report compiled by public protector Busisiwe Mkhwebane, which recommends that the company pay back R2.25 billion to the national fiscus, as the bailout was in breach of the country’s constitution and the Public Finance Management Act.

The bank said it would make further submissions to Mkhwebane’s office on Monday and the final outcome of the report may change materially, as it believed the provisional report contained “several factual and legal inaccuracies”.

Absa said it had always cooperated with the public protector’s investigation and will continue to do so.

“We have written to the public protector informing her that we accept her invitation to make further submissions in terms of the Public Protector Act. These submissions will correct several factual and legal inaccuracies that are contained in the provisional report. This will be done on or before the deadline of February 28,” the bank said.

The documents relate to, among others, due diligence performed by Absa prior to acquiring Bankorp in April 1992.

On Friday Mail & Guardian reported that Mkhwebane recommended that the president should consider establishing a commission of inquiry into the apartheid-era looting of the state. The paper said the document has also been sent to the South African Reserve Bank (Sarb) and National Treasury.

M&G reported that a 1997 investigation by a covert United Kingdom-based asset recovery agency called Ciex was contracted to recover public funds and assets misappropriated during apartheid.

The report known as Project Spear apparently investigated how R1.5 billion was offered to the Bankorp group of banks disguised as a distressed bank “lifeboat”.

From 1985 to 1992 the apartheid government, through Sarb, reportedly provided Bankorp with a series of bailouts to offset bad loans that threatened the bank’s survival. One of the bailouts included R225 million a year for a period of five years.

“It was implemented in a very complex series of transactions, described as simulated transactions. According to one investigation, these were deliberately engineered for secrecy, in one case using what amounted to a front company,” M&G reported.

In 1999 when Ciex suggested that the Sarb should recover the billions from Bankorp, the government apparently failed to implement Project Spear despite footing the bill for Ciex’s investigations.

Absa said it was “regrettable” that the preliminary report had been leaked before further submissions and finalisation, saying it perpetuated the incorrect view that the bank was the beneficiary of undue SA reserve bank assistance.

“The Davis Panel of Experts appointed by former Sarb governor Tito Mboweni found that that Absa’s shareholders did not derive any undue benefit from the Sarb’s intervention, and as such no claim of restitution could be pursued against Absa. We emphatically agree with this position and attach the full Executive Summary of the Davis Panel Report for reference.”

The bank added it would not comment further on the preliminary report until it has been finalised and published.

The head of the Sarb, Lesetja Kganyago, told Talk Radio 702 on Friday the bank was still studying the contents of the report and would comment at a later stage.