A woman perished in one of the burning vehicles after another vehicle had veered into the oncoming traffic. 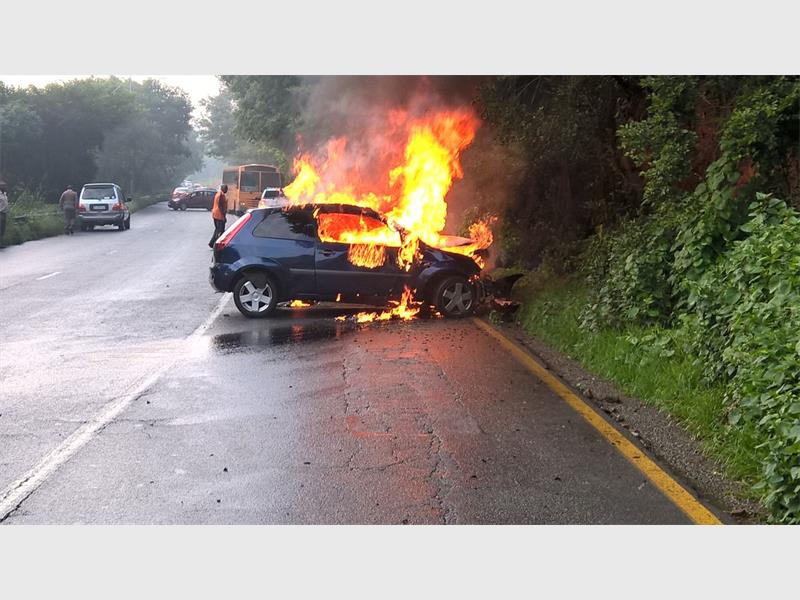 According to the department’s spokesperson, Virgil James, they received a preliminary explanation, saying that when the fire station received the call they were not told that a vehicle was on fire and therefore only sent out a rescue truck. Only when they arrived on the scene and saw the burning vehicles did they call for a fire truck to be dispatched.

James went on to say though that Sun was still waiting for “final clarity” before the matter was closed.

A woman perished in one of the burning vehicles after another vehicle had veered into the oncoming traffic and collided head-on with the vehicle she was travelling in. Both vehicles caught fire. Five other people were injured.