Lights should stay on – Eskom

Good progress is being made at Medupi and Ingula power stations. 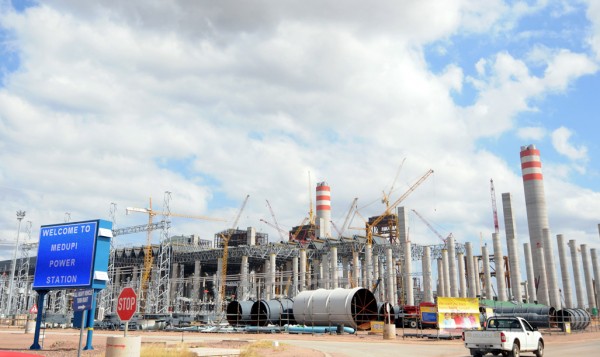 The country’s power system remains stable with no load shedding having been implemented since August last year, according to Eskom.

Speaking to The Citizen yesterday, spokesperson for the power utility Khulu Phasiwe said despite this, people still needed to continue playing their part in saving electricity. Commenting on some of the new power stations which are undergoing construction, Phasiwe said work was progressing well.

At Medupi power station, the second unit – unit 5 – was currently being synchronised, which means it is still being tested. Together with the first unit – unit 6 – they were contributing 1 600MW of power.

All four units at the Ingula Pumped Storage Scheme are supplying 1 333MW. The first unit at Kusile power station is also undergoing synchronisation.

“The system has been looking good and we haven’t had any load shedding for nearly two years,” said Phasiwe. “Provided we do not experience any major hiccups, the plan is to have Medupi completed by 2021, and Kusile the following year.”

Regarding older power stations, many of which have had to undergo regular maintenance, Phasiwe said: “During the month of December, the period when the demand for electricity usually drops, we were able to implement what we call a maintenance festival and our technicians have been able to bring back online most of the units that were offline.”

The spokesperson added: “We will continue with our maintenance drive to ensure that the system is ready and able to deal with the demands of the upcoming winter season.”

Phasiwe stressed that illegal connections and people tampering with the system continued to be major problems and that the power utility needed money to perform maintenance.