Kgalema Motlanthe called for the ANC's top brass to step down at the party's upcoming consultative conference. 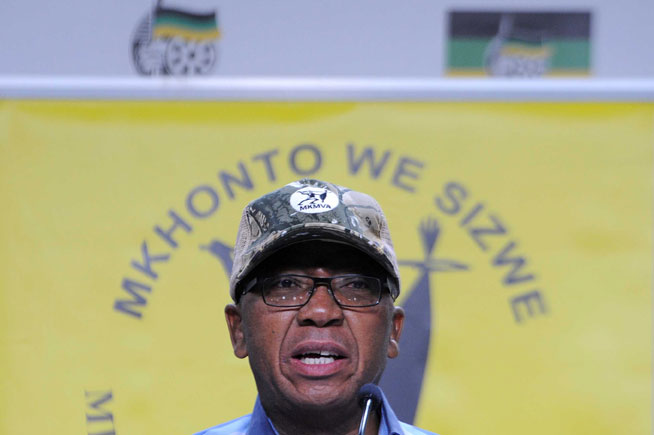 Umkhonto weSizwe Military Veterans’ Association (MKMVA) chair Kebby Maphatsoe, an ardent President Jacob Zuma supporter, on Tuesday said there was no need for the ANC top six to step down.

Former president Kgalema Motlanthe on Monday night said on radio station Power FM that it was time for the ANC top brass, including Zuma, to resign.

He called on them to step down in June at the ANC’s national consultative conference, earmarked by the veterans to discuss challenges facing the ANC.

Motlanthe, in charge of political education in the ruling party, said the leadership had failed to lead by example and that the ANC’s problems had filtered down to lower structures.

But Maphatsoe poured cold water on Motlanthe’s statements, saying it was wrong to say party bigwigs must step down.

READ MORE: Lead by example and step down – Motlanthe to ANC top brass

“You say this when we are trying to unite the party and fight factionalism,” Maphatsoe said.

“There is the ANC elective conference coming in December. The term of office of all officials elected is going to come to an end and the new leadership will be elected at the conference.

“If the ANC leadership has failed in its duty, it will say so in the organisational report at the conference.”

Maphatsoe called on Motlanthe to elaborate on what he meant when saying the ANC top six must step down.

Also the deputy minister of defence and military veterans, Maphatsoe said the ANC was preparing for the policy conference in June.

He said the policy conference would spend two days discussing factionalism and other problems facing the ruling party.

The MKMVA, along with the ANC Women’s League – all Zuma supporters – are backing outgoing African Union Commission chair Nkosazana Dlamini-Zuma to succeed the president.