Roosevelt Park substation to get an upgrade

The upgrade is expected to cost in the region of R110 million. 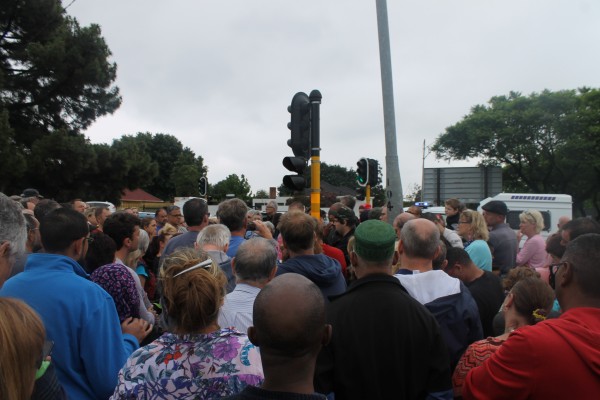 Residents of Northcliff, Fairland and Roosevelt Park stand united on 8 January in their frustration about the power outage. Picture: Northcliff Melville Times

The Roosevelt Park substation in Johannesburg is due for an upgrade, much to the relief of residents who have had to deal with recurring outages for the past few years, reports the Northcliff Melville Times.

A public meeting is scheduled for residents of wards 88, 89, 98 and 99 by the City of Johannesburg MMC for environment and infrastructure services, Anthony Still, and City Power officials on the progress of the approximately R110-million upgrade.

They will also address residents on the interim measures in place to secure stable electricity supply to affected areas.

Still, who was in the presence of Johannesburg Mayor Herman Mashaba on January 8 when residents protested at the substation after yet another outage, said the substation was old and had to be upgraded to hold the current capacity.

“The substation is old and has old cables, but the bottom line is the capacity issue. The size of feed and the density is more than what it was designed for. So it needs to be upgraded,” he said.

Less than a week after the protest, another outage hit the area.

Suburban Crime Prevention, a private security company operating in most of the areas usually affected by the outages, MD Vakarie Khan said they apprehended two men who had two water meters and six substation fuses on their person. This, after another outage.