Julius Malema is facing charges under a 50-year-old law that may not ultimately survive modern constitutional scrutiny. 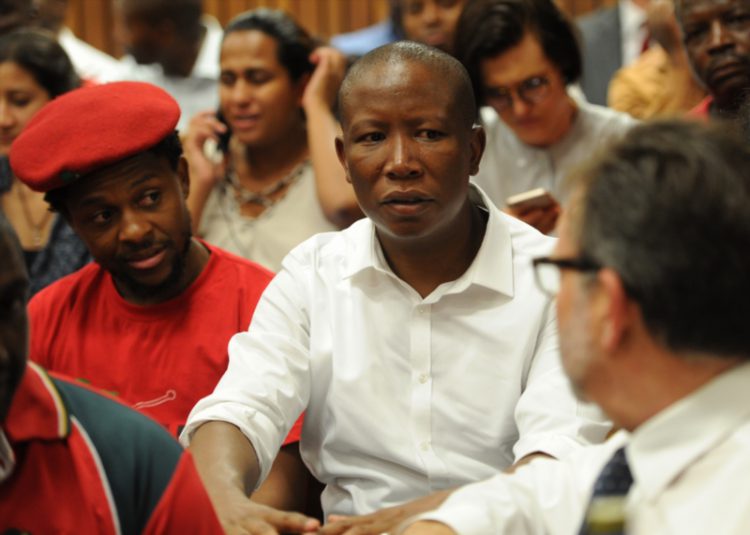 Amending apartheid-era legislation that had yet to be reviewed for constitutionality was an urgent process, according to constitutional expert Shadrack Gutto.

He said this after a report was tabled at the National Assembly Programming Committee (NAPC) meeting on Thursday on the progress made on the repeal of apartheid legislation.

The report found that while government had repealed and amended more than 2 000 pieces of apartheid-era legislation, a further 1 850 had yet to be reviewed for repeal or amendment.

While the ANC parliamentary caucus released a statement welcoming the report and emphasising the importance of aligning all legislation with the constitution, last year ANC MPs voted against a motion to set up an ad hoc committee to deal with the review.

Gutto did not agree with this.

“It is needed urgently because we need to be able to say that we have moved on from the old order and advance the rule of law – and we need to do it openly and constitutionally,” he said.

In a democratic institution, the legal professor said, it was important to harmonise the constitution with new laws that are aligned with it. He said currently many of these laws were dealt with as they came up in court cases.

“Now we have politicians shouting that the courts are beginning to govern and not the people, so it’s important that we deal with this problem that is legislation reform,” Gutto said.

EFF leader Julius Malema will appear in the Newcastle Magistrate’s Court this month on a charge he faces based on the Riotous Assemblies Act of 1956, for telling his supporters to invade vacant land.

Former president Kgalema Motlante, who was charged last year with chairing an advisory panel tasked with assessing key legislation that had been passed by Parliament since 1994, said in December last year that there could be no place in democratic South Africa for obsolete apartheid laws.