'The constitution is very specific in terms of what it says about the deployment inside the country.' 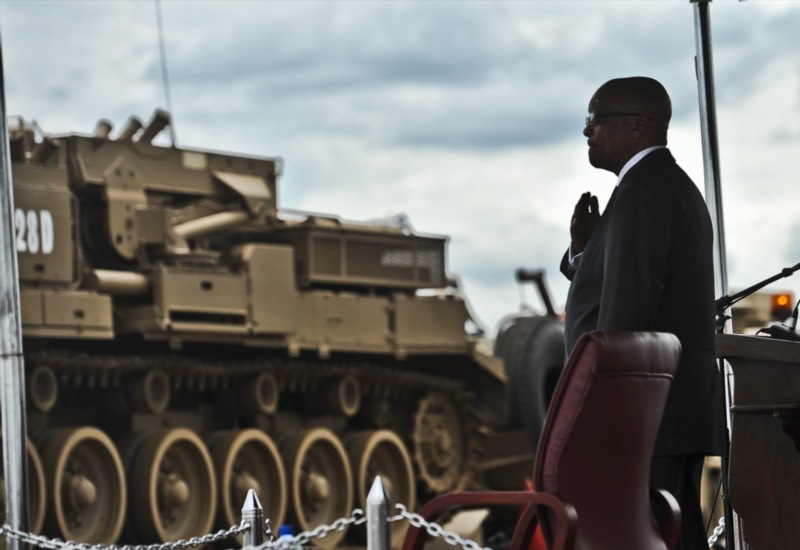 President Jacob Zuma during the Armed Forces Day at the Bloemspruit Air Force Base on February 21, 2014 in Bloemfontein. Picture: Gallo Images

Former chairperson of the defence review committee Roelf Meyer said one has to be extra cautious when it came to the deployment of soldiers in the country.

He was reacting to the deployment of more than 400 soldiers at Thursday’s state of the nation address (Sona) in Cape Town.

Speaking to The Citizen minutes after walking down the red carpet, Meyer said the deployment of soldiers at the border or outside the country was a different matter altogether.

“The constitution is very specific in terms of what it says about the deployment inside the country. It has to be for a specific reason, which has to be given to parliament.

“The authority can only come from the president and it has to be tabled in parliament by means of a minute and, therefore, one has to be very cautious in the deployment of soldiers,” he said.

When asked what his thoughts were on why the army was deployed to parliament this week, Meyer said he did not have all the security information, but stressed that one has to be very cautious when arriving at such a decision, adding that President Jacob Zuma will have to table in parliament the reasons why before the matter can be open to public scrutiny.

Meanwhile, the move was this week condemned mainly by opposition parties, who described it as the militarisation of parliament, while authorities said the army was only around parliament in case the police required assistance.

From about 3pm, Economic Freedom Fighters (EFF) supporters staged a peaceful protest near parliament under the watchful eye of law enforcers.

They chanted and danced to liberation songs. Hours before the Sona, EFF leaders came through parliament, walking down the red carpet with party deputy president Floyd Shivambu saying they were only there to conduct a survey.

They were later forcibly removed by security officers from the House after repeatedly interrupting Zuma’s speech. They encountered riot police waiting for them outside the main building, which led to further, mostly minor, clashes.