The Black First Land First leader was responding to the idea that Zuma should face charges at The Hague for allowing the killings. Anneline Kriel on a magazine cover in 1974.

Black First Land First leader Andile Mngxitama has told former Miss World Anneline Kriel that farmers are being killed as a form of retribution from their “black slave” farm workers.

Kriel had been criticising President Jacob Zuma for allegedly failing to protect farmers. The latest quarterly crime stats have indicated there have been 116 more farm murders than the same period last year.

Kriel wants Zuma to face charges of crimes against humanity in the International Criminal Court.

“If the president and the ANC are against these killings then they must act accordingly. If the ANC can deploy the army at the state [of] the nation address he can surely authorise protection for vulnerable farmers by support for local farm watch organisations and deal with these murderers‚” Kriel charged.

She made the accusation that Zuma’s lack of action was tacit approval. 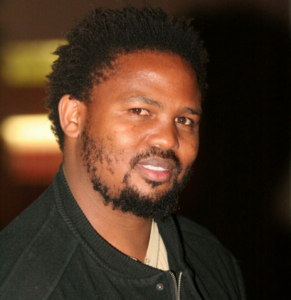 Long-time Zuma defender and former EFF member Mngxitama responded by contending that the culture of violence on farms was so deeply entrenched that no one could be surprised by brutal attacks on the “white masters”.

“If you look at the gruesome manner in which farmers are attacked‚ it is more like a response or revenge. Even the farmers that are not involved in brutality end up becoming victims because of the culture of violence. The death of these farmers is minuscule compared to the horrors that black people face. Black people are backed into a corner.

“Farm life for blacks is characterised by dispossession and violence. I was born and raised on a farm. Farms are controlled by white people and the workers are just property. You can’t have visitors without permission and you can’t go to town without permission‚” he said.

“The murders of black people on farms are not counted. Occasionally people react when white farmers are slain.”

Kriel won the Miss World crown by default in 1974.