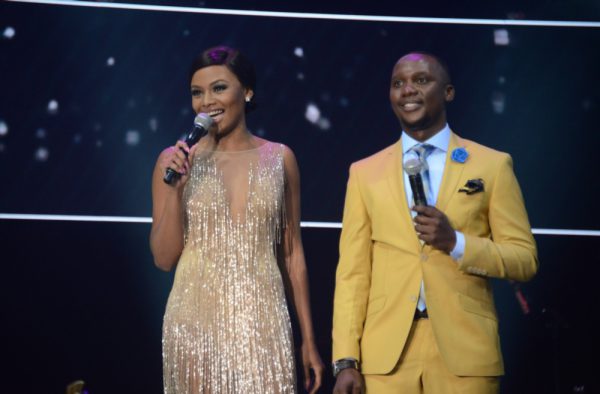 Deserving of the award for Most Stylish Artist, Afro-pop duo Mafikizolo again proved they were the fashion cream of the crop when showing up at this year’s Metro FM Music Awards.

Actress, musician and radio host Khanyi Mbau left onlookers stunned with her pink Barbie ball gown and sleek brushed hair. Mbau, who has made a name for herself among the best-dressed local female celebrities, truly lived up to the hype.

The Major League DJz twins also stood out in their matching suits from men’s wear designer Ole, of House of Ole. But not all celebrities bothered to make an effort on the fashion front.

Last year’s big winner, hip-hop artist Emtee, showed up in the same outfit he had worn previously – a blazer and a pair of baggy jeans.

When asked where the rest of the outfit was, Emtee replied: “This is it. I don’t bother with outfits, I do infits.” Disappointingly, Emtee was not the only worst-dressed star on our list of fashion mishaps.

Lerato Kganyago, who hosts the drive time show on Metro FM, wore a navy suit and platform heels. But the look lacked creativity and flair – something Kganyago possesses in spades.

I think you already know my love for you @dumantando20 pic.twitter.com/K56yrDp64j

To sum it up: this year’s black carpet at the 16th annual Metro FM Music Awards was a monochromatic colour affair.

Most who attended the ceremony must have been following a dull secret brief on the night. Yuck!