The DA marched to the offices of the department of social development to hand over a memorandum. 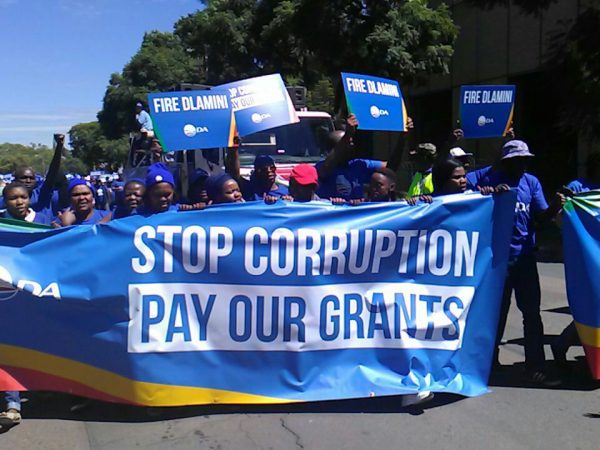 While the DA took to the streets of Tshwane, Executive Mayor Solly Msimanga has taken time out to support his family after the death of his sister.

He was visibly absent when the DA painted the streets of Tshwane blue in protest against the department of social development’s handling of social grants. 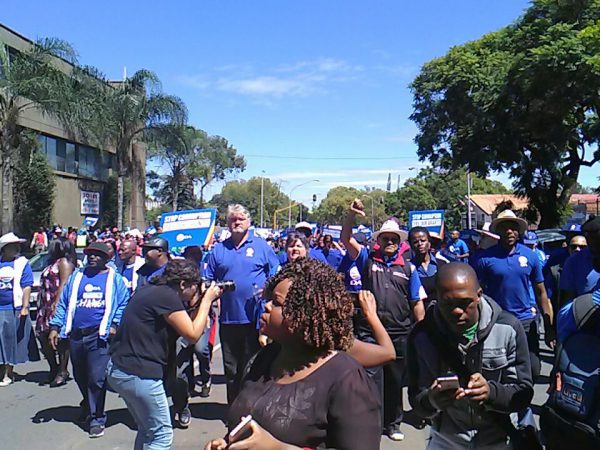 According to information The Citizen received, his sister passed on last week Friday, and the funeral is planned for tomorrow.

When asked for comment, mayoral spokesperson Samkelo Mgobozi said the mayor and his family would appreciate privacy at this time.

He will resume his duties next week Monday.

The DA marched to the offices of the department of social development to hand over a memorandum in support of the people of South Africa, who are all dependent on social grants.

They demand that Minister of Social Development Bathabile Dlamini step down, saying she is corrupt, along with President Jacob Zuma.

DA Gauteng leader John Moodey said not even Deputy President Cyril Ramaphosa can save the country.

Moodey said: “Dlamini must go. Tsotsi number 1, JZ. He has become a racist in South Africa. He is taken us backward, not forward.

“That is why he is so scared when he sees the DA.

“Why do you send your most useless minister to deal with social grants. If it was about Nkandla, the Guptas and corruption, they send their best,” Maimane said.