An expert noted that in the apartheid era, judges were allocated a police official to provide the necessary security. 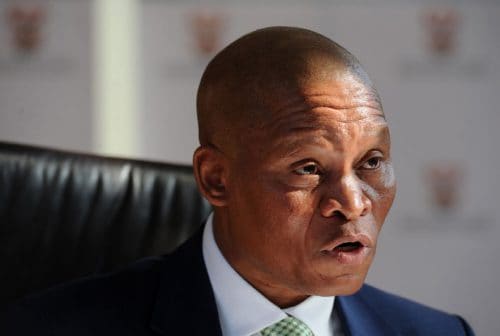 A thorough threat assessment should determine whether police should be involved in the personal security of South Africa’s court judges, according to an expert.

This follows a burglary at the office of the chief justice in which computers containing the personal information of 250 judges were stolen last weekend.

The incident coincided with a burglary at the home of South Gauteng High Court Judge Ramarumo Monama.

Referring to an announcement this week by acting police commissioner Khomotso Phahlane indicating that police would conduct a threat assessment at courts and judges’ offices, consultant at the Institute for Security Studies Johan Burger said this should include personal security.

“That way, there could be a more informed decision about whether private security should be regarded as sufficient protection for officials, or whether police should not become involved.”

Meanwhile, former National Director of Public Prosecutions Vusi Pikoli told The Citizen that although the possible motives behind the burglaries were concerning, neither suggested a personal threat to members of the judiciary.

“Obviously, there was a failure of security and the fact that people were able to break in for me is worrying,” said Pikoli.

“Really, anybody who breaks into the office of the chief justice – what is it that they could want?

“They could have broken into any store that has laptops and the office of the chief justice has so much information, so that aspect is worrying. Still, the incident has no suggestion that the personal security of judges is at threat.” Pikoli added that security at judges’ offices and the courts should be strengthened.

But former senior prosecutor and DA shadow minister of justice Glynnis Breytenbach said personal security for judges should be a priority.

“I hold the view that the security, both logistical and personal, of all the judges needs to be a priority, perhaps even more so when they are seized with a matter that has the potential of compromising their safety,” she said.

“While the security in and around courts and chambers is possibly adequate, this is of no comfort when judges leave those premises. It should be borne in mind that personal security is invasive by its very nature and should, therefore, be approached on an individual needs basis, based on prevailing circumstances.”

Burger noted that in the apartheid era, judges were allocated a police official to provide the necessary security.

“Phahlane didn’t say whether the threat assessment would include considering the involvement of police,” he said.