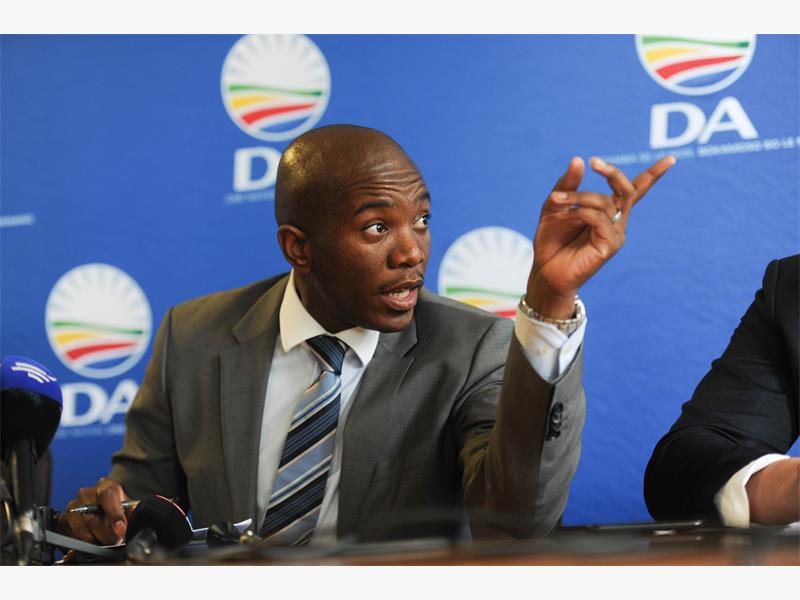 DA leader Mmusi Maimane talks to members of the media, 22 June 2015, in their offices in the Johannesburg CBD, on the political party's opposition to the proposed 25.3% electricity price increase. Picture: Alaister Russell

The Democratic Alliance (DA) will approach the Western Cape High Court this morning to apply for an urgent application to interdict President Jacob Zuma’s new Cabinet ministers from being officially sworn in.

“We will institute URGENT legal action to stop this assault on our Constitution and our people. We file papers in the Western Cape High Court seeking an urgent interdict to halt the swearing in of Jacob Zuma’s compromised cabinet members, and the implementation of his reshuffle, which is set to take place at 18h00 this evening,” the party said in a statement.

The official opposition said it would lead a march to the ANC’s headquarters Luthuli House in Johannesburg next week Friday to call on members of the governing ANC to support their motion of no confidence.

On Thursday, DA leader Mmusi Maimane wrote to National Assembly speaker Baleka Mbete requesting a motion of no confidence debate against Zuma. He charged that the president had to be ousted from power because he continued to play ‘Russian Roulette’ with South Africa’s economy and future.

“We are calling on South Africans from all walks of life – political parties, NGOs, civil society – and any South African who cares about the future of our country to join us in our movement for change.”

Maimane is expected to hold a press conference in Johannesburg this morning to provide more details on his party’s plans.

How much more damage must we allow ANC to get away with?
9 hours ago
9 hours ago

How much more damage must we allow ANC to get away with?
9 hours ago
9 hours ago