How Zuma deliberately humiliated Gordhan, saw him a day before his London trip

Zuma had no regard for the kind of message he was about to send to the international community when he abruptly recalled Gordhan. 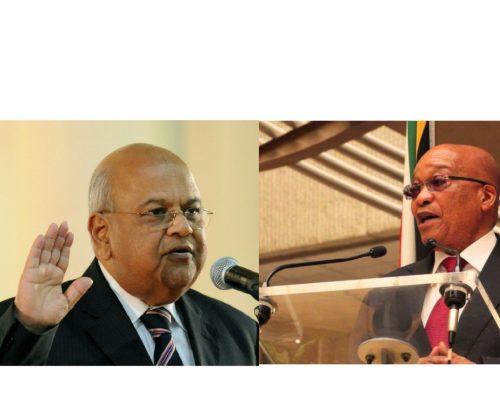 Speaking at a press briefing called by ANC stalwarts including Frank Chikane, Cheryl Carolus did not mince her words as she slammed President Jacob Zuma for being reckless in his handling of firing Pravin Gordhan.

Carolus, a businesswoman, said Zuma’s actions were questionable, and it was clear he meant to deliberately humiliate Gordhan as he had seen him on Sunday, the day he left for an international investor roadshow. Carolus said Zuma had given Gordhan his full assurance that he had the authority to set up meetings and engage with stakeholders in raising funds for the country.

“To let him land in London and in full glare of the world and to recall him a day later was intended to humiliate him. The fact that you do this knowing fully well it could cause the country misfortune. As a leader, you have no regard for the kind of message you send when you recall a finance minister who is about to meet key stakeholders,” said Carolus.

Carolus, who has been critical of Zuma in the past, commented that she found it ‘breathtaking’ that Zuma would let Gordhan set up meetings with key decision makers and have him cancel these at the last minute.

“In the history of our democracy, it has never happened that some person sits in a corner and decides to fire ministers without consulting.”

Carolus added that despite consulting the top six ANC office bearers and not receiving a go ahead from three, Gwede Mantashe, Cyril Ramaphosa and Zweli Mkhize, Zuma took it upon himself to defy his comrades.

Mantashe said Zuma had informed the top six in a meeting of the changes to his Cabinet, basing the axing Pravin Gordhan on a spy report that detailed how the former finance minister was set to meet with people who would push for a change in government in SA.