Mantashe is an unreliable coward, said the EFF leader after the SG came out today to wish the newly appointed ministers well. 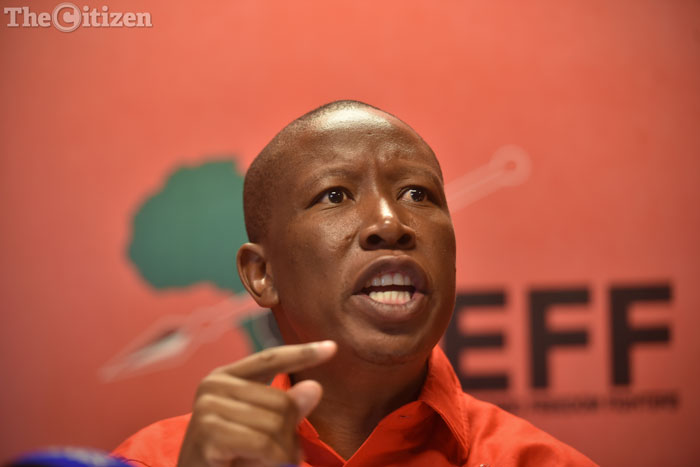 Following President Jacob Zuma’s Cabinet reshuffle on Thursday last week, ANC leaders were quick to criticise the move, saying Pravin Gordhan should not have been removed as finance minister.

Mantashe was one of those who was vocal about his grievances, complaining that the list of new ministers had been compiled elsewhere. In fact, the president had not even consulted ANC leaders about his reshuffle, he only informed them about the changes.

The ANC concluded its national working committee (NWC) meeting on Tuesday night, and then held a press briefing to tell South Africans what the party leaders had decided in the wake of the chaos.

It appears the leaders are not angry with the president any more, and have accepted his reshuffle, further wishing the new ministers and deputy ministers well – just as Malema predicted last week.

Though Mantashe sounded angry last week, Malema said, being the coward that he is, he would this week hold a press conference and say something completely different.

“Gwede sounded angry and all that; you know Gwede can call a press conference and says something completely different from what he said in the morning because Gwede is a coward. Okay, give Gwede until Monday because they are going to that NWC; let’s give him until Monday, and then press conference on Tuesday. Gwede is going to say something different, I tell you now. He’s an unreliable folk,” Malema said at the time.

those who missed CiC warning you about #GwedeMantashe last week, here is the clip in full HD #ANCNWC pic.twitter.com/RlNSNViPFi

Malema made the prediction in a press conference after submitting an application to have the president impeached. Malema said his party would approach at least 70 ANC leaders to try to convince them to vote against Zuma in parliament.

Malema said even though the majority of ANC members did not agree with Zuma, they feared speaking out because “he will expose their skeletons”.

However, if the motion fails, “rest assured the impeachment will not fail”.

Malema: If ANC MPs could vote against abortion, why not Zuma?