The official opposition says the ANC's decision to keep Zuma in power is the party’s trademark of 'arrogance'. 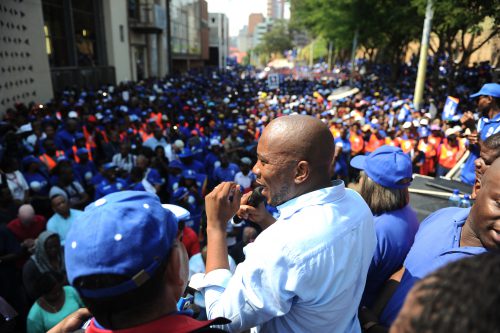 The Democratic Alliance has reacted strongly to the ANC’s call on Thursday for its MPs to oppose a motion of no confidence in President Jacob Zuma’s leadership tabled by opposition parties in parliament.

In a statement the party’s chief whip, John Steenhuisen, said the decision by the governing party’s caucus to vote against the motion clearly demonstrated that its members supported Zuma’s “disastrous” presidency, which he said, was marked by corruption, lawlessness and poor leadership.

“They have drawn a line in the sand, with the ANC on one side and the people of South Africa fighting for jobs, economic growth and the Constitution on the other side.

“The ANC and Jacob Zuma are the same, and do not have the capacity to ‘self-correct’,” Steenhuisen said.

Earlier on Thursday, the African National Congress’ parliamentary caucus issued a statement emphatically rejecting calls for its MPs to support the motion following President Zuma’s sweeping Cabinet reshuffle last week, which saw 10 ministers fired from their posts – including Pravin Gordhan as finance minister and his deputy, Mcebisi Jonas – to much public outrage and market turmoil.

The ANC’s chief whip in parliament, Jackson Mthembu, said the motion was “not only disingenuous, but also highly unfortunate as they seek to suggest that ANC MPs are free agents open to all sorts of mischievous lobbying and manipulation by the opposition and other forces”.

He reiterated the party’s national working committee (NWC) statement on Wednesday that the ANC would not support the motion, set to be debated in the National Assembly on April 18.

The ANC’s decision to endorse Zuma’s continued stay in power for another two years was the party’s trademark of “arrogance”, and it sent a message to citizens that their voices did not matter, Steenhuisen said.

“Our call has been for all Members of Parliament to listen to the people of South Africa by staying true to the Constitution and their Oaths of Office, which call upon them to always act in the interests of the country and its people.”

The DA will march on Friday from the Westgate Mall bus rank to Mary Fitzgerald Square in Johannesburg against the Cabinet reshuffle. It said it would continue to fight for the poor people of South Africa, who have long been forgotten by the ANC.