Motorists warned of traffic delays ahead of march to Union Buildings

At least two national roads will be affected, and these include the N1 and N4. 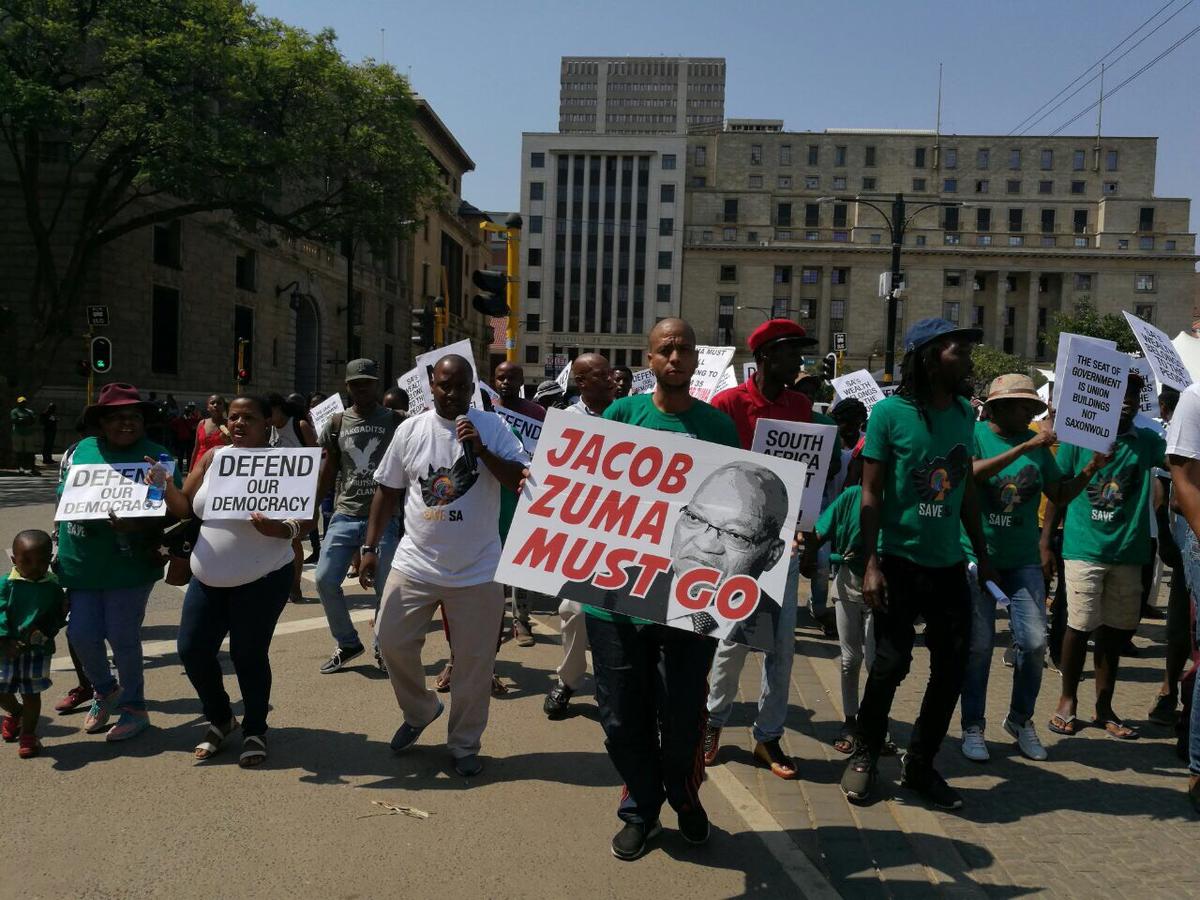 Members of Save South Africa picketing outside the National Treasury in Pretoria on Tuesday. The protesters are warning of a shutdown on Friday. Picture: ANA.

Traffic delays are expected on Wednesday as a number of marchers expected to be coming from all provinces using buses, trains and personal vehicles to the Pretoria CBD and gather at Church Square.

The opposition parties called on South Africans to join a march to the Union Buildings as they call on President Jacob Zuma to resign as the president.

At least two national roads will be affected, and that includes the N1 and N4.

Tshwane Metro Police Department spokesperson Isaac Mahamba said Madiba, Edmond and Hamilton streets would be closed completely to create parking for the buses of the marches.

He continued to say that metro police officers would be deployed to monitor the march and all affected streets and use alternative routes.

Speaking at a briefing, Minister of Police Fikile Mbalula said he was pleased that no member of the South African Police Service (SAPS) acted in a manner that was unprofessional and contrary to the standards they seek to uphold.

Mbalula said they would once again deploy the Saps to maintain law and order also to keep South Africa safe.

“Again government urges protesters to exercise their rights in accordance with the law, without resorting to violence, criminality and damage to property,” Mbalula said.

He continued to say they call upon protest organisers to ensure that the protest actions are peaceful and do not infringe on the rights of others.