Marching against Zuma is not going to be enough – Holomisa

The UDM leader says the opposition needs more of a plan and has called for a summit. The “self-correcting nature” of the ANC is long gone and the country cannot place all its hope in the 2019 national and provincial elections. If anything, the ANC may have degenerated and because it’s the ruling party, this may have catastrophic consequences for the country.

This is according to Bantu Holomisa, the leader of the United Democratic Movement (UDM) in a letter to leaders of opposition parties urging them to convene a national summit to thrash out the country’s problems.

In a follow-up to the opposition’s rolling mass action against President Zuma which commenced on the 12th of April, Holomisa cautions that “we cannot march forever, but … must find a way to converge under one roof to discuss South Africa’s future”.

The national summit that Holomisa is urging his counterparts to consider staging will culminate in a national convention. It is at this convention where Holomisa envisages an “exchange of ideas on how to take South Africa forward”.

Holomisa also questions if it’s acceptable for the 800 000 ANC members who voted the party into power to hold a nation of 56 million citizens to ransom. He takes issue with the ANC acting on behalf of 11 million voters in plunging the country into a political and economic crisis.

Of particular concern to him is the rating agency’s decision to declare the country “junk” and the vehement protection of Zuma by the ANC’s national executive committee.

He says the UDM is of the view that this is proof enough the party has lost its moral compass that can help resolve country’s problems. 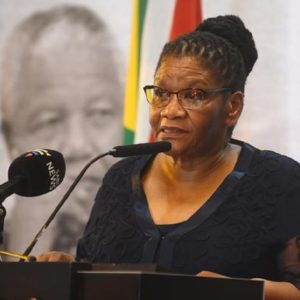 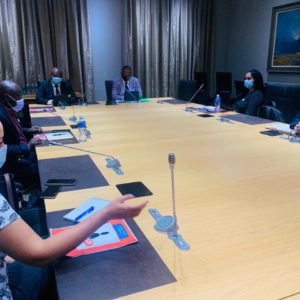