Sars uncovers counterfeit sneakers worth R2.8m at OR Tambo

The suspect goods ware seized at OR Tambo International Airport over the Easter weekend. 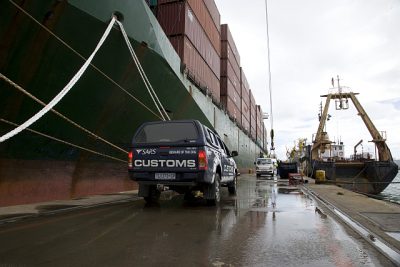 The South African Revenue Service (Sars) customs unit on Tuesday said it had made “a significant seizure” of suspected counterfeit sneakers valued at R2.8 million.

The suspect goods were seized at OR Tambo International Airport over the Easter weekend.

“During a routine inspection of a cargo shed at the airport, Sars Customs officials intercepted a suspicious consignment weighing 956kg. Upon a detailed inspection over 2,380 sneakers worth almost R2.8-million were discovered,” said Sars spokesperson, Sandile Memela, in a terse statement.

The consignment originated from Hong Kong.

“The goods were detained to be handed over to the intellectual property attorneys of the brand holder to explore possibilities for criminal prosecution.”