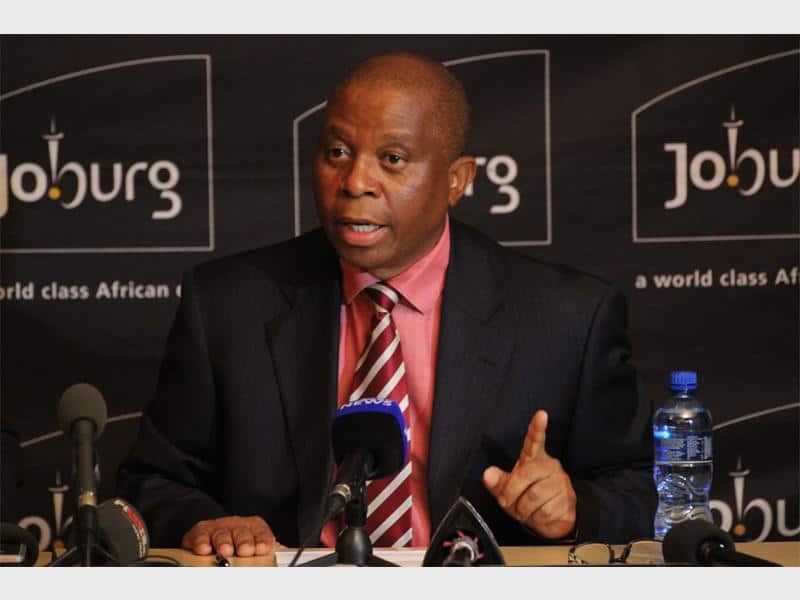 Executive Mayor of Johannesburg Herman Mashaba believes the interruption of a meeting he was chairing would not have escalated into a bloody brawl if the Johannesburg Metropolitan Police Department (JMPD) had provided proper security.

In retaliation, Mashaba wants JMPD boss Brigadier Zwelibanzi Nyanda and his top management gone. Signs of an irretrievable breakdown in working relationship between the two started showing two months ago when a group of demonstrators gained access to council chambers and disrupted a council meeting. Nyanda is accused by Mashaba of complicity in failing to secure council premises.

During last night’s skirmishes, in a scheduled Integrated Development Plan (IDP) summit held at Midrand High north of Johannesburg, an EFF member suffered a gash to his head while a DA councillor was hit on the head with a brick and had to be hospitalised.

According to eyewitnesses and reports, it appears of group of ANC councillors led by Matshidiso Mfikoe orchestrated the violence. Mfikoe was MMC of public safety in the previous ANC administration in the city. The speaker of Council Vasco da Gama further alleges that close to 10 ANC councillors attended the meeting and did nothing to stop the violence. 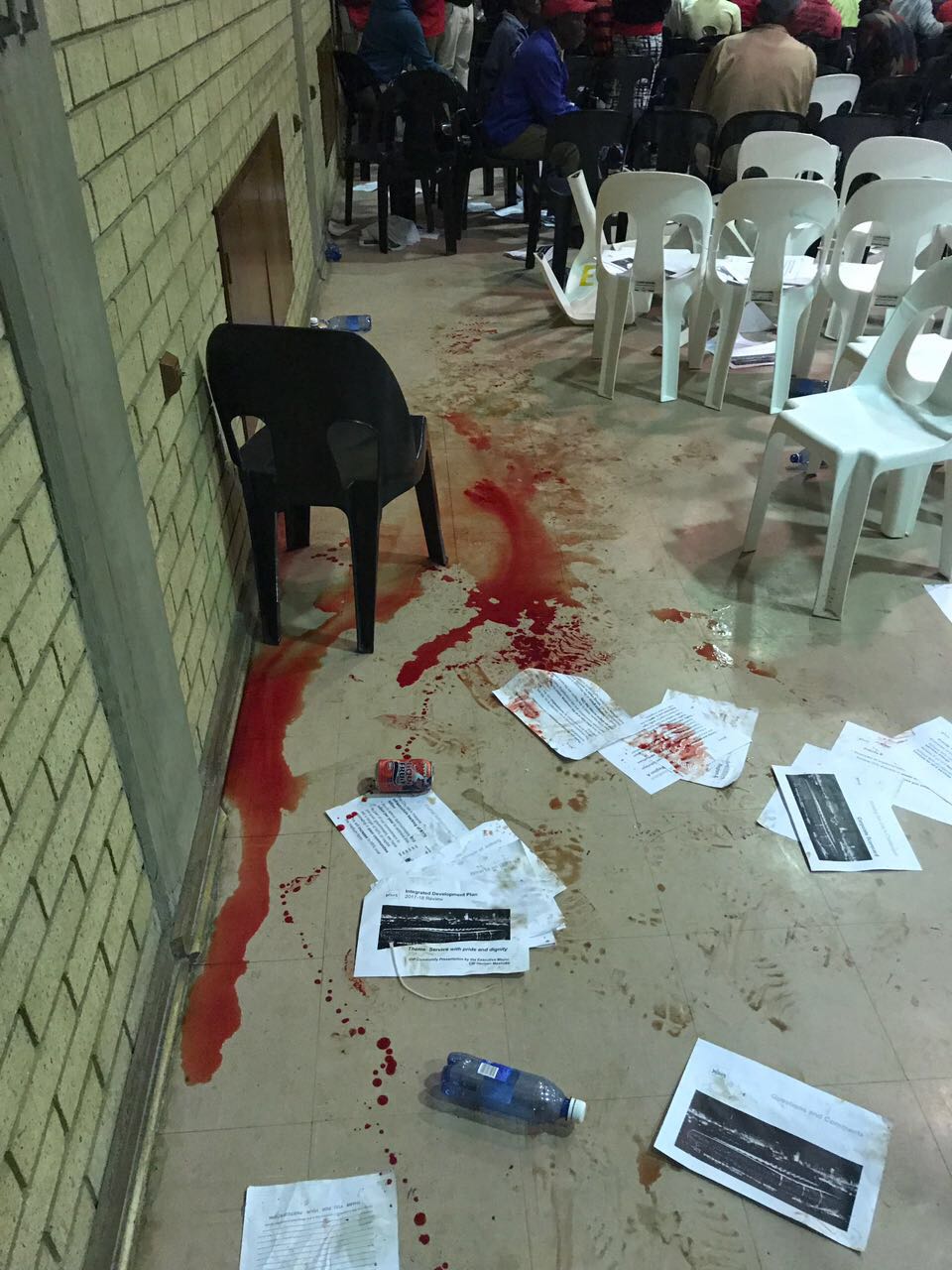 The aftermath of a bloody brawl between ANC and DA councillors at Midrand High School, Johannesburg.

Speaking to Radio 702 this morning, Mashaba said that was a clear indication the ANC was refusing to accept the outcomes of last year’s local elections. He said the interruption of IPD meetings showed the ANC is hell-bent on frustrating service delivery to residents. He had scathing words for both ANC councillors, as well as Nyanda for allegedly reneging on his core mandate of providing security.

Nyanda was inherited from the previous administration after being appointed to the position in 2013 by then mayor Parks Tau. Mayoral spokesperson Tony Taverna-Turisan comfirmed to The Citizen that Mashaba considers Nyanda to be a key missing factor in abating the ANC councillors’ disruption of meetings addressed by the mayor.

“With him [Brigadier Nyanda] in charge, there has been lack of proper security and security protocol breached. The mayor is resolute in removing him to ensure that theJMPD does its work,” said mayoral spokesperson Tony Taverna-Turisan.

Taverna-Turisan also accused Parks Tau of being conspicous in his silence in his capacity as ANC Joburg council caucus chair.

It is not the first time a DA mayor is at loggerheads with bureaucrats carried over from ANC-led councils.

Earlier this month, Tshwane executive mayor Solly Msimanga stripped Steven Ngobeni, the Tshwane metro police chief, of his executive powers. This after the Tshwane State of the City Address had to be postponed by more than two hours.

ANC councillors were demanding that the city commemorates the hanging of Solomon “Kalushi” Mahlangu before allowing Msimanga to continue with his address.