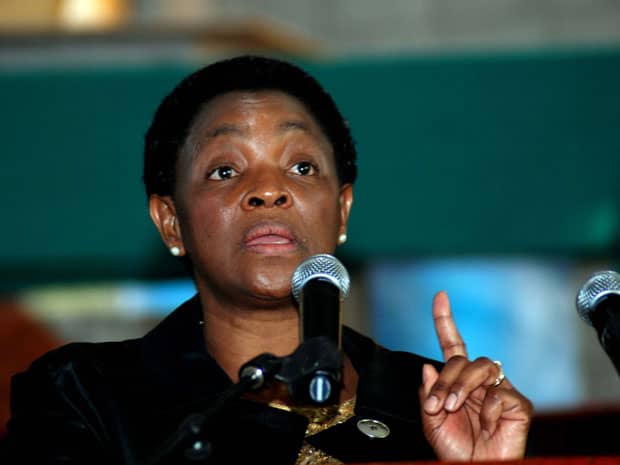 Social Development Minister Bathabile Dlamini may have to fork out more than R1 million that was spent on private security for her children. This after an internal report was forwarded to the National Treasury and her department’s financial misconduct board for a decision on who should pay for the bodyguards.

The expenditure has been described as “wasteful” and “fruitless”, Sunday Times has reported.

Sources reportedly told the publication that she would have to pay for it as it would be difficult for the department’s chief financial officer to justify the payment.

The minister’s children are not employees of either Sassa or the department. She should have informed the police or state security if she believed her children were in danger, the source told the publication.

The security detail included three close protection personnel, one luxury motor vehicle “suitable for all roads” fitted with anti-smash-and-grab tinted windows for the transportation of her family members.

Among the provisions, according to the publication, were monthly costs for a first-aid kit for R1 000, a VIP driver for R21 500 and a vehicle for R22 000. The service was in addition to the protection provided by the state, which the publication understands to be a VIP officer and at least two other officers stationed at her home.

Dlamini could not be reached for comment, while Treasury spokeperson Yolisa Tyantsi told the publication that this was a matter for parliament’s standing committee on public accounts.