The two men were granted R5k bail each. 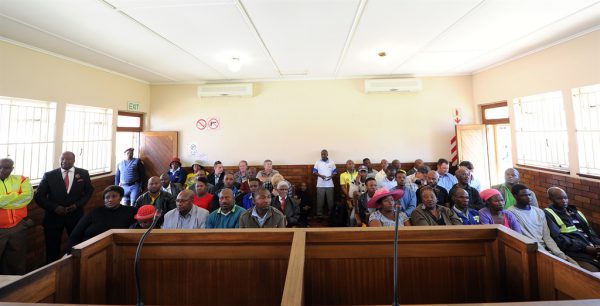 The two men accused of the death of 16-year-old Matlhomola Mosweu were on Monday granted bail in the Coligny Magistrates’ Court.

Delivering judgment in the bail application, which saw witnesses being cross-examined by both the defence and state attorneys for the better part of last week, the magistrate said the accused would stand trial.

The mood inside he packed courtroom was also tense. They were granted R5 000 bail each.

“The court is satisfied the accused have no previous convictions and provide for their families. They both intend not to plead guilty on the charges and that they have a sustainable defense and that they will stand trial and not interfere with state witnesses and police investigations not conceal or destroy evidence.”

Meanwhile outside court, local residents, including schoolchildren, were chanting liberation songs while hoisting placards reading “no bail” as well as sunflowers. There was also a huge police presence in and outside court.